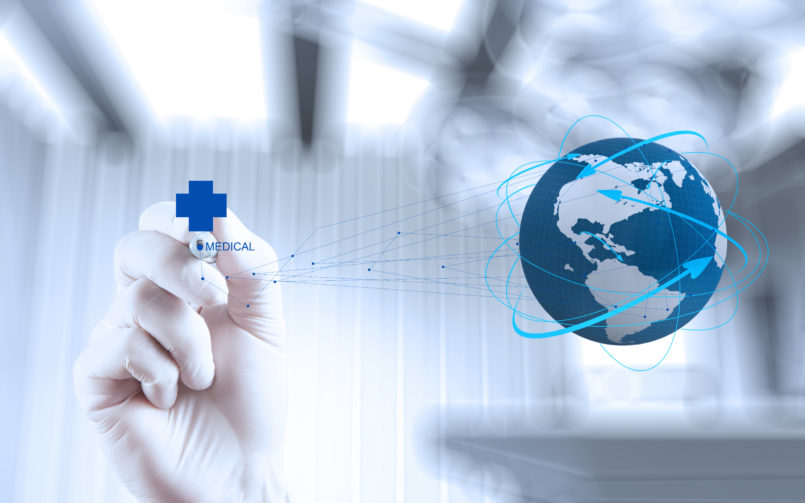 The U.S. presidential elections have passed, and as noted in previous blogs, we believed that regardless of which candidate prevailed, we would be facing a tectonic shift in healthcare in the U.S. and, it would seem, in the world. We ended Part 1 of this 2-part blog noting that we expected foreseeable “tectonic events” that would be driving forces in healthcare for the next decade.

The first earthquake happened around 3AM Eastern Standard Time on Wednesday, November 9th. The world watched with amazement, some with positive anticipation, and others in fear, as Donald J. Trump accepted the mandate of the American electorate to be the 45th President of the United States of America.

I will note that I supported President-elect Trump, and now it seems millions of other Americans did also; however, to preserve my dear friends and colleagues, I did not openly share my support for Mr. Trump. The pollsters in the United States appear to have been fooled by the spread between those that said they were going to vote for Trump versus those that actually did vote for him. Frankly the magnitude of that spread surprised me as well.

The title of this series of blogs on the U.S. Presidential election (links provided below) confirmed our belief that ObamaCare, or by its official title, the Affordable Care Act (ACA) of 2010, was now dead. The roots of the failure were not only set by the hundred percent partisan vote in the U.S. Congress in 2010, but as noted in Part 1, it was all about the actuarial tables and behavioral economics.

As we noted in our blog on Trump “in healthcare” (Part 2 of 4), we did not believe we would abandon 20+ million Americans who are covered by the ACA. I have seen life extended, and grief reduce by the ACA on friends of mine that have been covered by it. However, the 20 to 100% increase in premiums, now baked into the numbers for 2017, is clearly unsustainable and it is set to get much worse.

It is also expected that this experiment will effectively implode by 2018 unless it is materially overhauled. Insurers will not keep losing money in order to provide insurance under the ACA. We have noted before, so we will not repeat it all again however, the ACA has had a positive impact in the elimination of pre-existing condition exemptions and community-based premiums. We also don’t believe that “repeal and replace” is a practical solution unless we literally stop everything else to tinker with the largest segment of the U.S. economy consisting of nearly 18% of U.S. GDP in 2016. The problem with healthcare is that it is very complex, and movement in one part has a ripple affect into nearly all parts of healthcare. Imagine a balloon that you squeeze and bulges emerge in random and unexpected locations. Any changes to healthcare are like that however, 10,000 times worse. We are talking about healthcare expenditures of more than $3.2 trillion (USD) per year, and such a large segment of gross domestic product (GDP) that “tinkering” is simply a reckless concept.

We believe that these are some of the things that President-Elect Trump should consider.

1. It is clear that the employer mandate should be eliminated. Due to the fact that baby-boomers are retiring at a rate of approximately 10,000 per day, we are facing a rapidly shrinking labor force. Employers can and will use employer covered healthcare insurance to attract new employees; although, it is also clear that the mandate is causing significant disruptions in the normal function of small businesses that in turn, it has adversely affected jobs and economic growth.

3. It would seem reasonable and prudent that all healthcare premiums should be tax-deductible from day one.

4. It would also be prudent to create a public option that allows those up to the age of 55 to buy into the Medicaid system, and those over the age of 55 to buy into Medicare. Both Medicaid and Medicare are established delivery models of care and have the infrastructure and provider network to handle tens of millions of new beneficiaries. We have been involved in the management of both types of programs, and both type of programs also offers the option of a fee-for-service model, or managed-care model in many States. We believe that the managed-care option for both Medicare and Medicaid has the potential to provide cost-containment for state and federal government, as well as enhanced benefits that provide real care management and care coordination to consumers that are not presently part of the basic self-directed Medicare and Medicaid programs.

5. We must fix the cost of drugs. There is no question that the U.S. has the most advanced drugs, but also we pay more than any other nation for them. We need to release all state and federal agencies to negotiate drug prices as the Veterans’ Administration has done, and/or mandate that no drug company can charge more in the U.S. than they charge for example in the European Union, Canada, and Australia.

6. We also think that in order to allow a true free market, the U.S. government should reconsider the “Certificate of Need,” required in one form or another by many states for expanding medical service and facilities (hospitals for instance) that restricts trade and creates an effective monopoly. Allowing providers of care to compete based on quality of care, customer satisfaction and price transparency is a benefit to consumers, employers and government. The cost benefit of a highly bureaucratic, extensive, and litigious Certificate of Need program started in a different era under much different conditions, and should be allowed to expire or be substantially revamped.

7. We should create national policies that mandate price transparencies for all medical care provided in and out of Medicare and Medicaid participating providers. A healthcare consumer should know what it is going to cost to provide them care.

9. We must have a way to help pay for those that are not covered by Medicaid and do not have insurance though their employers. The have to pay something, but most of the premiums could be covered by a government voucher that can be used to buy insurance in the market place. They can get the voucher every year for the following year’s coverage when filing their federal income tax.

We believe that the three biggest failure points with ObamaCare have been:

1. the mandate put on both consumers and employers;

2. the failure to make healthcare more affordable, and lastly;

3. the failure to address control the cost of healthcare.

As healthcare expenditures continue to rise, and now reaching nearly 18% of GDP, cost control, or at least cost containment, must be at the forefront of whatever ObamaCare morphs into or whatever replaces it. We have noted that healthcare reform has been a battle cry for over 100 years by presidential candidates and it will not take 100 years to fix however, it will take commitment to a long-term plan that builds on a solid foundation.

I believe President-elect Trump and I share one thing; as building contractors, we know that the first step is to create a buildable plan/blueprint and then we can start building from that comprehensive design. We prepare the land, build foundations, install infrastructure, and only then do we start building from the finished grade up, one brick at a time.

Healthcare in the United States needs a Master Plan, that is far more complicated than the biggest tower Mr. Trump has built. This Master Plan cannot be fashioned with a “Political Agenda” in mind either. This plan must be fashioned by true experts in the field of healthcare, which does not imply it should be designed by doctors or insurance companies, who had a major hand in fashioning ObamaCare by the way. There must be a true unilateral commitment to the Master Plan because it must survive successive Presidents and Administrations. With such a plan we can execute, one part at a time, one year at a time, and respond to the evolving needs of our population. We must accept the fact that it will take many years to build, one floor at a time, brick by brick. Also that from time to time, the original blueprint will need to be modified to adapt to changing “on-site” conditions and sometimes limitations. On the jobsite, these are called “as-built improvements” executed by “change orders.” Constructing a building involves detailed planning and development of a step-by-step critical-path driven process. We don’t start building on the second floor until the first is poured, braced and the concrete is allowed to cure.

A perfect example of this type of project frankly is the U.S. interstate system, it wasn’t even built over a decade, it took over 35 years to complete. We don’t have 35 years however, it’s certainly unreasonable and impossible to think it could be done during the term of one president. We need to build a new 21st century healthcare model, one floor at a time; sequentially and without disrupting U.S. economic growth. We should recall how major highways are expanded, with live traffic, some detours and some build arounds, as they are working in a “live” and sometimes dangerous environment. In our case the U.S. economy is a $18 trillion (USD) “live” economy, and we cannot simply stop traffic or create a major detour.

To President-Elect Trump, I would say that our nation’s healthcare system, the wellness of our population, must be de-politicized and addressed thoughtfully with a long-term plan. Despite serious pressing problems of ObamaCare, we not only must know what isn’t working, but also why it isn’t working and develop at least an outline of the Master Plan before we begin a series of “change orders” that may have more adverse impact than what we have now. We know that we must do something material, well planned, sturdy, and we must do it soon. Unless we do it that way, it is very likely that the U.S. healthcare expenditures will consume 30% of gross domestic product in our children’s lifetime, with the prospect that more and more Americans will be financially prevented from obtaining healthcare for themselves and their families.

To our readers and stakeholders, we share with you our excitement that the transformation we need in healthcare is most assuredly underway. We have tried healthcare reformation enough times, and done it wrong enough times, that we can certainly sit down and build a National Healthcare Master Plan that addresses all of America; a building that allows for tenants in the penthouse suites, as well as tenants in the ground floor but room for all of Americans. Medicare is changing, technology is taking root, and a more engaged consumer is what the industry needs to proactively participate in managing their own wellness.

We end with the basic ideas we have shared before on how we may advance healthcare reform in the United States:

2. Engage the consumer with their own wellness, in part, by using more health IT.

4. Promote higher quality of care by facilitating coordination between providers of care and between their patients.

5. Advancing a more efficient and transparent system to all that reduces waste and administration.

7. Allow “free market” competition into the healthcare process where it makes sense, and the cost of providing healthcare services, goods, and products can bring meaningful cost savings while maintaining quality of care.