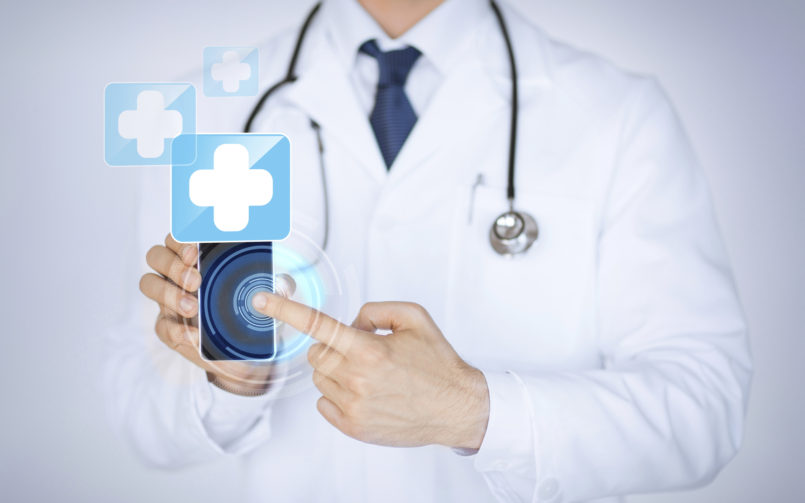 The last two blogs in this series have dealt with our interest in Secretary Clinton (HRC) and healthcare, as well as Mr. Trump and his history in real estate, and most recently, his published positions on healthcare. As noted, Mr. Trump’s positions are very much in line with the long-term commentary from the Republican Party. We noted that it lacked both innovation, free markets (something dearly missing in healthcare) and imagination.

Secretary Clinton does seem to have a passion for healthcare. Below we will take on her key points as published by her campaign. As predicted, Clinton will be a challenge for healthcare based on what she has said and published; however, we suspect that the bigger challenge will be what we can’t predict today, and that is what she hasn’t said.

We believe that Clinton will pose material threat to biopharma; we think it will be a full on frontal assault. We have written about this materially, and the industry has set itself up for problems with both parties. Even though we think that a Clinton administration will still have to deal with a divided government, there is enough on both sides that will give biopharma indigestion.

We believe that under Clinton, she will immediately react to fix ObamaCare, after all she has said, “it was originally called HillaryCare before it was called ObamaCare.” We suspect that even a Republican House and Senate will want to make a quick deal and call ObamaCare, or Affordable Care Act of 2010 (ACA) dead; however, we suspect that over 51% of the ACA will survive.

We expect that Clinton will make incremental changes to Medicare, and may be more flexible on Medicaid. There is a 100% chance she will fight for the new ACA to have a public option that would allow people to buy into Medicaid up to age 55 and into Medicare after age 55.

We think she will block most managed care companies’ consolidations; however, we also think that she will actually promote more managed care, ACO, and alternative payment models. The path has been set in new laws and regulations (MACRA), and we think she will nudge it forward; therefore, we would be very bullish on managed care overall. We think that hospitals may have some issues with Clinton as President, as there could be pricing pressures, unionization issues, overall increased supervision/regulation, and higher cost.

Secretary Clinton is likely to accelerate technology in healthcare more so than Mr. Trump. We have noted that Clinton and Newt Gingrich (former Speaker of the U.S. House of Representatives) agree on one thing, and that is more, deeper and interconnected healthcare using technology. They jointly wrote an opinion piece in the early 2000s about EHRs. That is music to our ears as a healthcare technology company. In the more than 10 years since that opinion piece, we have made progress, however nothing like what we could be making by connecting the entire system through cloud-based EHR, mobile, wearables to care team, and most importantly, consumers of care. This was pre-iPhone era. This new model could be called the “new Internet of Wellness.”

Now let’s move on to the specifics.

As President, Hillary Clinton says she will:

Defend and expand the Affordable Care Act, which covers 20 million people. Hillary will stand up to Republican-led attacks on this landmark law—and build on its success to bring the promise of affordable health care to more people and make a “public option” possible. She will also support letting people over 55 years old buy into Medicare.

We have been on record with the positive and negative of the ACA. It is covering people, and saving lives. The ACA has major actuarial issues and is totally devoid of cost controls. We expect major overhaul however; the ACA will survive in spirit if not in name.

Some feel that making a public option is another step toward socialized medicine although, we are less concerned. The reason why is that many states, our home state of Florida included, have a fully managed care model for Medicaid that makes (in our opinion) lots of sense, and provides the states with more predictable cost that will provide better care for beneficiaries. It also allows for more competition as beneficiaries can chose from various plans. As noted before, an over 55 option to join Medicare is also not a bad idea and of great interest to baby boomers, today. This market is about 30% managed care; most managed care plans provide more services at lower cost to the beneficiaries.

Bring down out-of-pocket costs like copays and deductibles. American families are being squeezed by rising out-of-pocket health care costs. Hillary believes that workers should share in slower growth of national health care spending through lower costs.

This may be a noble idea. however this is going to be really hard to do without promoting wellness, using more technology, and encouraging more patient responsibility. This is either an actuarial issue with insurance companies, or a blank check for a government-run system. We have noted many times that the insurance companies are generally “the smartest people in the room” when talking about healthcare. Why? The reason is companies have been collecting live data for decades: utilization reports, cost tables, actuarial formulas, and understanding human nature better. The only option, if not using technology and patient responsibility, is price controls. The history of price controls in the U.S. is poor and in healthcare, could be catastrophic. Doctors in particular are under extreme pressures. More on that last subject in a future blog.

This one is one we expect to get bloody. As we have noted over and over again, we suggest that U.S. drug prices cannot cost more than what the same drug is sold for in the European Union and Canada. The U. S. Veterans Administration negotiates drug prices, then why shouldn’t Medicare do the same?

Actually, it is hard to object to these ideas. I expect this to be a battle she will win.

Fight for health insurance for the lowest-income Americans in every state by incentivizing states to expand Medicaid—and make enrollment through Medicaid and the Affordable Care Act easier.

We have noted above that we expect this to happen. She is likely to also allow more experimentation at the state level, and offer more waivers. The public option makes a lot of people nervous. It would only make us nervous if it was mandated.

We have friends, both business and professional, that are going to have an aneurism over this however, it makes sense. First, U.S. law requires hospitals to treat everyone in the case of an emergency. Sadly, this makes the first line of defense both the costliest treatment environment, and the least personal. Not smart. Unless we as Americans are willing to let other humans die in the doors of a hospital or on the streets, this is both the best economical and humane solution. It really is not fair to place the burden on the hospitals that are required to provide this costly care, and in turn, not receive reimbursement for the high cost of emergency room care.

GREAT IDEA! Nothing more to say; this is a long time coming. We began working on our first telemedicine project in 1995. We can do this, and the federal government has to lead it.

Defend access to reproductive health care. Hillary will work to ensure that all women have access to preventive care, affordable contraception, and safe and legal abortion.

This is a political issue not a healthcare issue first, however, if she wins, and we think she will, this is going to be a battle in Congress.

This is not a bad idea. Again, we should treat those on the fringes in the most humane and cost-effective way, not in emergency rooms. We believe that at the end, whatever the end is, maybe before National Healthcare Expenditures reach 30% of the GDP, we are going to have three levels of healthcare: the basic community-based care in these community health centers, the middle of what I would say would be private insurance type of providers, and lastly, the more concierge model of care. We as Americans want all care to be the same; sadly it is not. Better investment is definitely wanted at the safely-net level.

As a reader may conclude, we believe regulations under a Clinton Administration will not be the end of private healthcare, and it will lead to the dreaded socialized U.S. healthcare system. By the way, if you add Medicare, the Veterans Administration, state and federal funding of Medicaid, as well as all local, state and federal health insurance spending, you are very near 43% of all healthcare dollars spent in the U.S. at $1.4 trillion (USD).

In this series we close with our suggestion on what we believe will help no matter who leads our county. So, what is the solution you ask? We think we know what will certainly help.

4. Promoting better care coordination between providers of care and their patients.

5. Advancing a more efficient and transparent system that reduces waste and administration.

In part 4 of our next blog, we will discuss the summary and expectations for next U.S President.