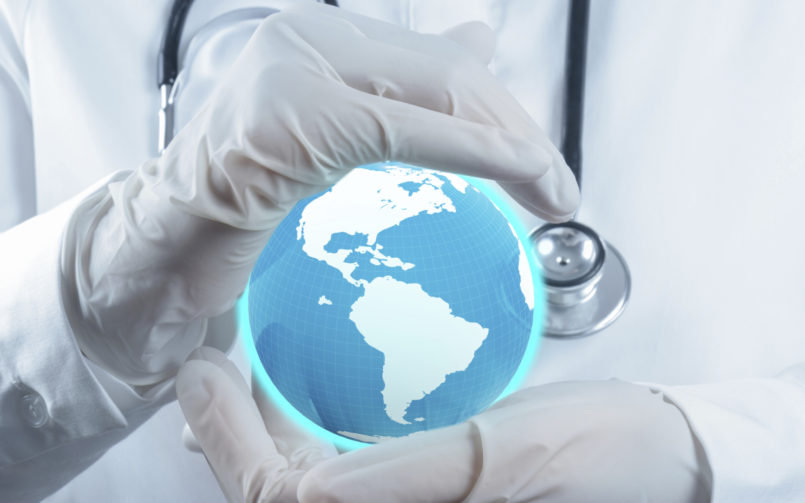 We have a long and professional history with Secretary Hillary Rodham Clinton (HRC), as an impacted party.  In what was still our freshman period in healthcare, we have been practically obsessed with her vision of healthcare since 1993.

We got into healthcare in 1991, in what can only be described as a cosmic accident, as an angel investor in a medical equipment company.  Frustrated with the construction and development business, we decided that maybe healthcare was a better option.  After serving as an unpaid internship in the company we invested in, we started to get the “healthcare bug” that we still have today.  The idea was that we would be in a stable industry based on baby boomer demographics; this industry was going to explode, and also the place to be.  Now, the reader may understand why in most of our blogs we talk about the demographical time-bomb that we the baby boomers are.

Back to HRC… as we hit Wall Street in January of 1993 to raise money for the company mentioned above, HRC was talking up what was going to happen in healthcare, just as President William Jefferson Clinton had put her in charge of the “healthcare reform.”

History does not give us much on the Clintons regarding healthcare before 1991, however that seemed to change during a special congressional election held in Pennsylvania in November 1991; a key point was “universal healthcare coverage.”  President Clinton seemed to make universal healthcare a major point of his running campaign and credits that in part to his election win.

Once elected, a 500-member task force was established and the President put the First Lady in charge, the same month as taking office (January of 1993).  The rest is the stuff of legend and myths.  I do recall the trauma that the industry and investors were in and many books have been written on the subject, so we will not dive any deeper on that topic.  However, I will note that we did write a blog on the election in March 2016.  We stand by what we wrote in that blog, and note that we think that HRC will try to change healthcare again.  The Affordable Care Act of 2010 (referred to by many as ObamaCare) is actually a great base for her to build from.  Additionally, we think she learned from her experience in 1993, and this time, it will be different.   More on this topic in our next blog.

Two things we know for sure about HRC:  she is a huge supporter of Health Information Technology (HIT) and she has been a huge advocate for not only universal care, but also an extensible single payer model.  As we noted before, she and former Speaker of the House of Representatives actually wrote about how we had to move toward and invest in electronic health records (EHR) and in general, into HIT.

In 1993, the opposition for what was called “HillaryCare” was extensive from the right, the center, and the left.  The right because they seemed to see this as a government grab of an industry that was then over 10% of the entire GPD of the U.S; the center because it was actually avoiding the managed care component that proved to be a major trend in both employer- and government-based (Medicare and Medicaid) managed care (Medicare Advantage) although new at that time in the early 90s.  The left because later it became expanded to include prescriptions by President George W. Bush, in what became to be known as Medicare Advantage Part D (MAPD).  Since then, many states have also partially or completely converted Medicaid to a state-wide managed care program, including our home state of Florida.

By 1995, our professional history had adapted totally to the managed care solution and with that, came the realization that the only real way to affect quality of care from the administrator level was to use technology to make communication faster, better and actionable.  This realization has lead our life in healthcare ever since.  In 1996, we innovated new ways to gather medical data, integrate it, and move it.  Still, this was at the infancy of the commercial internet.  I recall that my business cards actually listed our company web page as “Internet: http://www.metcare.com” at the time.  If you saw that today, you would wonder why, however in 1996, few people used the internet for commerce.

Healthcare technology has come from the dark ages into the light in that time period, and we believe that the journey has only just begun.

What we know now is that since 1993, healthcare has become a much larger part of the U.S. gross domestic product (GDP). What we know today is that technology is starting to be applied to make it better.  We also know that there is huge tension in the system from not only the normal players such as insurance companies, employers, hospitals, doctors and pharmaceuticals, but also consumerism and it has fully emerged; the latter was not really an issue in 1993.

ObamaCare has provided more coverage (summary in a future blog), and I have witnessed lives saved financially for many Americans.  However, since then, costs have escalated and many people remain uninsured, underinsured, and upset.  National and state budgets are bleeding (and it WILL get worse) from escalating healthcare cost (over 5% in 2015), and as we have just noted in our last four blogs, we are heading for healthcare cost consuming 30% of the U.S. GDP.