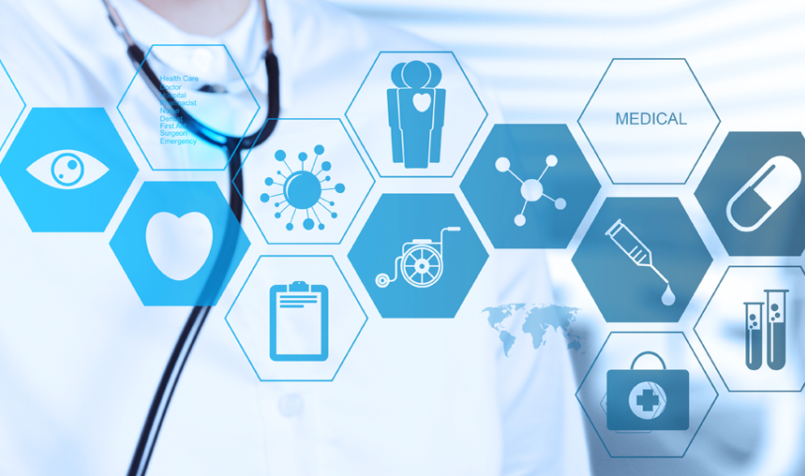 We read a great deal of information for business, education, and pleasure, concentrating on U.S. healthcare and demographics, as well as the use of technology in healthcare. Although we read many U.S. sources, I will freely admit, we seldom notice the European perspective and only pay attention after one of our friends “across the pond” brings up the old world issues. **Productivity and electronic healthcare record that appeared in the international edition of the International Edition of the New York Times on June 14, 2016.

We published a follow-up blog on Brexit on June 28, 2016. In that blog, we noted the challenges that the U.K. has faced in converting to electronic health records and productivity. Both of the topics have piqued our interest and we now read the Financial Times, along with our daily dose of the Wall Street Journal, New York Times, BuinessWeek, The Economist, as well as a dozen other healthcare publications.

With that preamble, we will refer to two recent articles from the Financial Times that were of great interest to us individually and as a company in the healthcare technology space.

Beginning with the first headline that got our attention just after the Brexit vote “NHS call for politicians to honour funding promises after Brexit: Health Foundation think-tank predicts £2.8bn (UKP) fall in NHS budget for 2019-20.”

I will admit up front that I really don’t understand the healthcare system in the U.K. (We have a great deal to learn.) The only thing we can relate to is the demographics of the issue – the U.K. does not have any better demographics than we do in the U.S. and as we see below, they could be just a little worse.

The median age listing by country based on size of economy, more or less:

As a point of reference we will add two non-EU countries:

I think it was Alan Greenspan that said something like “demographics is history.” The issue is we don’t need to know the type of healthcare system issue the U.K. has to know that they are facing huge issues with an aging population. We know what that aging demographics has caused in Japan however, what is the impact in other developed countries?

We can also assume that one possible reason for the immigration issue is that it seemed to have influenced both Germany on one side, and the U.K. on the other side, and is really an issue of aging demographics. Pretty soon Germany is going to run out of workers; the principal for an economy that is about 50% export driven. For context, the U.S. GDP has about 14% in exports. The mean population in Germany is the oldest of the countries listed above. What is interesting is that after years of advancing quickly, China is near the U.S. and will likely pass it over the next few years.

Back to the headline in the U.K.

It seems that one of the arguments made by the leave Brexit side was that the material funds issue to the European Union could be diverted to the U.K. National Health Service (NHS).

According to the article from Financial Times, the head of the National Health Service in England called for the government to honor existing NHS funding pledges after Brexit. According to the same article, the NHS is already facing historical financial squeezes. The issue at hand is that the current NHS budget could be £2.8 billion British pounds underfunded by 2019. Currently, the NHS is over 1.2 million employees.

The “leave” campaign originally suggested that they would be able to fund an additional “£315 million British pounds a week to the NHS if the nation was released from its European Union funding commitments. The article also notes that the NHS was already facing its most “austere decade” and consider its’ financing “truly dire.” The NHS is currently working on a strategic plan to deliver the savings needed to ensure adequate staffing, and sustain the high quality of care.

The next article from the Financial Times caught my interest is titled “What’s up Doc, tell me over the smart phone please.” The article describes a German businesswoman who arrived in Washington D.C. and was suffering from a painful sinus infection. She was able to use an online application to consult with a physician from her smart phone in her hotel room. We found it of interest that the subject of this article was a German businesswoman. Recall the demographics above.

The articles also talked about the opportunity in the United States, and certainly overseas, for the adoption of telemedicine to increased access, provide better quality of care, and reduce costs. I think that the first two are probably very easy to believe, however some may challenge the question of reduction in cost. We have to put in context that the typical urgent care visit costs at least $250 (USD), and even a modest emergency room visit in the U.S. is likely to cost $500-$1,500 (USD). It is not hard to see why the opportunity for telemedicine in both the United States and abroad, is exceptional. Some experts believe telemedicine will grow at 15-20% annually for the foreseeable future if not for decades – we, too, agree with this statement. Again, the developed world is aging, and because of the mass adoption of mobile devices, it has never been easier to consult with a physician, anytime, anywhere. In fact, some could say we are going back to the future and replacing what used to be in-home house calls with in-home house digital device calls.

The United Kingdom is currently developing three private digital networks using U.S. technology to develop more advanced telemedicine capacity. Some companies are comparing this service, mostly provided in the cloud, as a similar way that Amazon applies cloud services. Some hospitals and healthcare delivery systems, including managed-care organizations, are using a hybrid of telemedicine services that allow commercial employers to have the option of using technology to provide some care to their patients.

One of the biggest challenges we have in the United States is the issue of licensing. As we have noted before, the state medical licensing board controls the licenses for providing care in that state including telemedicine. If a doctor is not licensed in the state where the patient is currently located, whether they are resident, citizen or visitor, the doctor is clearly violating state statute. In the state of Florida, we know relatively well that there have been numerous attempts to creating a reciprocity agreement with other states to allow for the mutual recognition of physicians, and allow them to practice telemedicine in a telemedicine environment. In some states, physicians have seen this as a threat to their business, and claim that the quality of care via telemedicine is not the same as in person; they have vigorously opposed such reciprocity agreements. Those same experts above estimate the U.S. healthcare system could save $10 billion per year or more with a higher use of telemedicine. We think the number is a multiple of that; it could be $50 billion in just a few years. We are starting with an industry that has over $3 trillion in annual healthcare expenditures today.

We believe that telemedicine in an environment where the patient controls their personal wellness/health record, and is accessible by the attending physician in collaboration with their primary doctor, would be equivalent to a moonshot for healthcare.

Other than the hospital environment, the likes of the top leading educational university hospitals in the U.S. that literally have billion dollar health information systems, there are no systems that we are aware of today that integrates the patient’s electronic healthcare record to their entire care team providing them with scheduling, practice management, and telemedicine in the United States. We believe that this should be a primary focus by the top technology companies in the U.S., or at least the basis for cooperation between the individual service providers. We are faced with an aging population in the developed world, and in some of the developing world; with healthcare being a $7 trillion worldwide industry, we need to use the amazing technology that we literally have in the palm of our hands, to provide better care, better access of care, and provide healthcare delivery for our society.