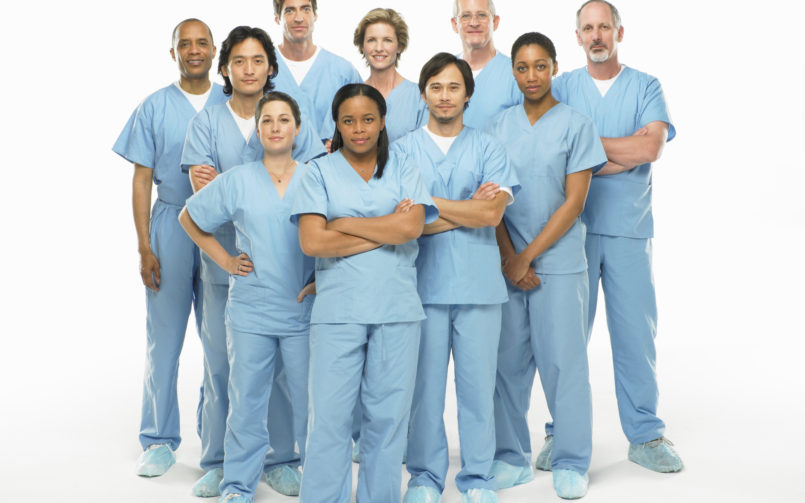 The FED Speaks on Medical Cost

On May 9, 2016, the Federal Reserve Bank of San Francisco released an Economic Letter titled, “Medicare Payment Cuts Continue to Restrain Inflation.” This got our attention.

From our perspective, the good news was wrapped around a disturbing problem.

A steady downward trend in healthcare services price inflation over the past decade has been a major factor holding down core inflation. Much of this downward trend reflects lower payments from public insurance programs. Looking ahead, current legislative guidelines imply considerable restraint on future public insurance payment growth. Therefore, overall healthcare services price inflation is unlikely to rebound and appears likely to continue to be a drag on inflation.

The report goes on to state that half of the slowdown in services inflation has been attributed to healthcare. Healthcare is defined by payments to physicians, and hospitals; however it excludes deliverables such as devices, prescriptions, etc. The interesting part about this is that it calculates that the healthcare services sector had dropped from a level of 3.5% in the mid-2000s to 1.4% in the last two years of the study.

To our avid readers, you will remember that I have written extensively on the continually increasing and escalating healthcare costs; consequently you may have a puzzled look on your face right now. To understand the paradox, we need to drill down a little on this report. The first is to discuss how healthcare service costs are calculated and that is based on the payors, both private and public. The behemoth in that category is the national insurances of Medicare and Medicaid. Both of these agencies combined with the state contributions (all 50 states) is about half of all healthcare spending in the U.S. Who says we don’t have nationalized healthcare in the U.S.?

During the 2000s, Medicare grew at a fast pace of 4.5% per year, while Medicaid grew at a much slower rate. In 2004, their tracking began to split moving in opposite directions. At that time the Medicaid trend line went horizontal and then started to trend down, while Medicaid kept going up until about 2012, when the U.S. Budget started having issues passing in the U.S. Congress. The “sequestration cuts of 2012” seem to have changed everything, and based on a new payment model expected by 2019, the problem will get better or worse depending on your perspective.

The Medicare Access and CHIPP Reauthorization Act (MACRA) is bound to change everything in a more dramatic way. The MACRA limits Medicare increases to providers at 0.5% per year until 2019. After 2019, a new mechanism will open up, and we believe will change healthcare in the U.S. permanently. After 2019 and through 2025 healthcare spending will be set to grow by 0.00% yes, ZERO.

Here is the issue and the opportunity from our perspective…

For the last two decades, and maybe more, the effective (inflation adjusted) pay for physicians has been going down – I can tell you that I have seen this every day. The issue here is that it that has been both subtle and cumulative. Just think of the opposite of compound interest. We can hire a physician today for nearly exactly what we hired them 20 years ago. I believe this trend will continue and that is horrible news for providers of care.

The opportunities are effectively two things…

First, understand that episodic-based compensation is dead even if the industry does not yet see it.

This is easy to see from someone who made the fee-for-service (FSS) transition to managed care in 1997. Managed care in Medicare began in the mid-1980s, however it was at full gallop by the late 90s. It has continued to grow, although I think the movement ahead is going to be historic. The providers should understand that it is not just the managed care companies that are driving this, it is also the Medicare Advantage program, and even the new Accountable Care Organization (ACO) created and sponsored by the Affordable Care Act of 2010 (also referred to as Obamacare). MACRA makes it the long-term mandate, regardless of who is the next President of the United States. This year baby boomers begin turning 70 years old at a rate of 10,000 or so every single day; my day is 14 years way. This is effectively history.

So, as a society, we have to find a new way to pay for healthcare. As of today the projections are that by 2024, under the current trend, healthcare expenditures in the U.S. will be $5.4 TRILLION (USD) and account for 20% of U.S. GDP, or $1 out of every $5 dollar produced in the U.S.

The second realization is that we need to be more patient centric to be more productive and reduce cost. Our industry uses great technology; however we are not technology driven. By putting the patient at the center, we need to use technology to reduce the cost, as well as simultaneously increase productivity and speed.

We believe that healthcare has passed an inflection point that will be more human centric and at the same time, it will be more technologically advanced than was comprehensible, even a decade ago. Providers should understand that episodic payments are on their last gasps and that the only way out of this depression in reimbursement is to accept and excel in outcome-based technology and engaged patient care environment.