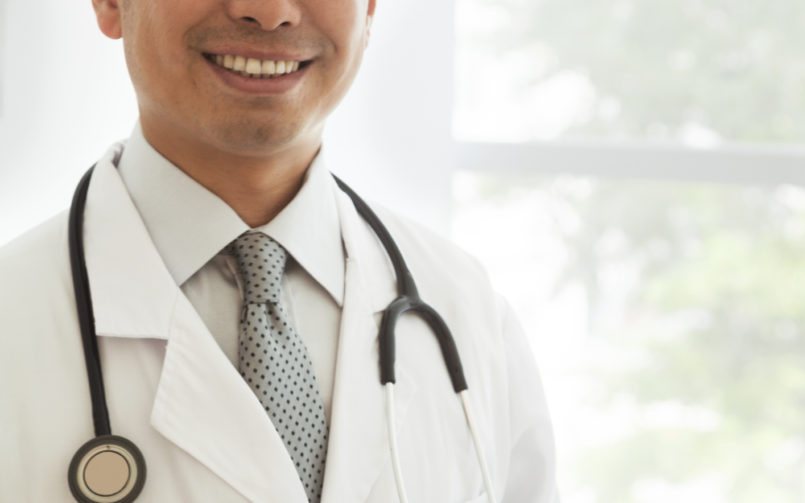 This week, we had so many great ideas to chat about; however, I read a headline that guided me in a different direction. The headline was actually advertising from Oppenheim Funds. The title said, “Presidents change. The right way to invest doesn’t.”

I have now been in healthcare for 4 presidents. I was there when everyone in the industry was having a melt-down over HillaryCare. From her own lips, she recently stated,“it was called HillaryCare before it was called “ObamaCare.”ObamaCare really refers to the Affordable Care Act of 2010. I recall talking to experts in 1993, that history showed us that not much was going to change in healthcare. I remember we made a big deal that year in a presentation that healthcare was approaching $1 trillion USD, and at the time was, approximately 13.9% of GDP .

The chart below shows growth in healthcare as percentage of GDP between 1960-1993:

Fast-forward to today, we see that healthcare is over $3.3 trillion USD and consumers are over 17.5% of GDP. To put both in context and see what the next 4 years will likely be, see the chart below:

We have a sense that no matter who wins, ObamaCare will survive in one format or another. Personally, I don’t care who wins; there are too many connections in the “system”, and too many people have been helped. It has cost more than anyone could have predicted in the government, especially when you consider consumers out-of-pocket costs. The Congressional Budget Office, the non-partisan Congressional arm that reviews and tracks all budgetary issues, reported that the U.S. Government spent a total of $936 billion on health programs (Medicaid, Medicare, and the Affordable Care Act 2010) in 2015; this was a 13 percent increase over the 2014 level. However, in 2015, the Congressional Budget Office reported that Medicare spending increased almost 7 percent; this is the fastest rate of growth since 2007 over years, 2013 to 2015. They also report that Medicaid spending alone jumped by 32 percent.

I expect that healthcare macro expenditures will stay on track. I do believe that there will be micro trends that will affect hospitals and pharmacy costs. As we have noted before, there is a major shift to change how medical providers are paid to include more value and outcomes based compensation, as well as a bigger shift to managed care. I expect technology will be an even bigger deal! The only thing that Republicans and Democrats have both agreed to in the last 10 years is healthcare IT should play a bigger role in the U.S. healthcare system.

For reference, I direct to the passage below on the “Editorial” issued by then Democratic U.S. Senator Hilary Clinton, former First Lady, current presidential candidate, and former Republican Speaker of the House of Representatives Newt Gingrich. Hillary is the highest ranking minority party leader, and second in line of succession to the Presidency.

“The health care cause being promoted by the political “odd couple” of Sen. Hillary Rodham Clinton (D-N.Y.) and former House Speaker Newt Gingrich (R-Ga.) is “actually a very good one — the need to drag the health care industry out of the dark ages of scribbled notes and into the modern world of electronic record-keeping,” a New York Times editorial states (New York Times, 5/16). Rodham Clinton and Gingrich on Wednesday announced that they will work together to promote legislation to spur the adoption of electronic record-keeping applications by the health care industry. Rodham Clinton and Gingrich appeared at a news conference in support of a bill (HR 2234) introduced in the House by Reps. Patrick Kennedy (D-R.I.) and Tim Murphy (R-Pa.) that would provide doctors and hospitals with incentives to adopt health information technology networks (Kaiser Daily Health Policy Report, 5/12). According to the editorial, implementing electronic records that can be viewed by physicians, patients and health insurers “not only will make the health care system more efficient, but also should reduce medical errors caused by sloppy records or failure to communicate effectively.” The editorial notes that Rodham Clinton and Gingrich have a “genuine and long-standing interest in health care reform,” adding that perhaps they could “go on to tackle much tougher issues,” such as restructuring government health care programs or covering more of the uninsured without “bankrupting the federal government.” The editorial concludes, “If they can agree on bipartisan solutions there, it really would be the beginning of a beautiful — if peculiar — political relationship” (New York Times, 5/16).”

So in the end, regardless of Clinton, Sanders, Trump, Cruz, or even a 3rd party candidate not on the scene today, I suspect two things will happen:

1. Healthcare will be tweaked and there will be winners and losers in the micro world – we can guarantee it.

2. Healthcare Information Technology will continue to be in high demand.

Furthermore, as I’ve noted in the past, we expect that push even more from consumers than from the government. The trend-line going back to 1960 will not change much.