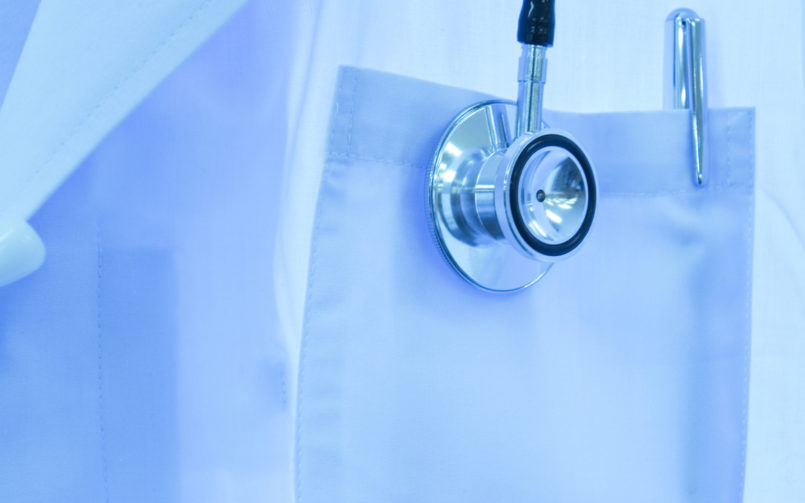 The Next Digital Revolution; Life, Health and Jobs

Once again, I find myself sliding some topics I selected to discuss to the back burner. The daily headlines are so amazing to an innovation and technology addict, such as myself.

This past week, a friend of mine sent me a link to a website, and the title just hit me and gave me a “Back to the Future” moment. The site was SingularityHub.com and the title was “Digital Diagnosis: Intelligent Machines Do a Better Job than Humans.” It was not a question, but a statement. They had me hooked.

Then I read an article on Bloomberg BusinessWeek “Better Living through Robots .” There was one more article that rounded out my “things to read” from Foreign Affairs and it was titled, “The Fourth Industrial Revolution .” Those three articles took me onto two paths. The one I will write a little about this week is regarding the impact of the digital revolution on healthcare (or the lack-there-of – so far).

First, I am not an economist, nor a futurist; so, don’t be too critical as you read this.

As I entered healthcare in the 90s, I had this illusion that healthcare, and how patients were treated, was more science; and that there was, for the most part, a correlation between disease, treatments and medications. I have a linear way of thinking from my own educational and business journey.

Although I always heard about getting a “second opinion,” it was not such a big deal to me. All doctors went to a medical school in the US, right? Once I started learning about the management of medical offices, the varied protocols of physicians, and the way different doctors diagnosed patients, I started to think, “Maybe enhanced computers could do a faster and more accurate job in diagnosing most patients.”

At the time I envisioned sitting in front of a terminal, and the computer asking me questions regarding the patients’ symptoms; and since then, I have been on this Electronic Medical Record (EHR) quest. The computer, which I shall name Armando, would be able to quickly identify a logical diagnosis. With a mouse I could answer 100 questions in less than 3 minutes, I was sure of it.

Armando would have, much like Watson™ the IBM super computer, or maybe like Google® today, all the latest information that a human diagnostician could have. I’m reminded of that TV show “House” as Armando would list to a human doctor the results, with a list of top 5 probabilities, based on the 100 questions answered. Armando would certainly ask a question that a doctor wouldn’t immediately think about, and perhaps recognize things that may not normally correlate; however, I would always want the human to make the final decision, based on that data.

I still believe with what I know today, I would prefer a computer to diagnose a problem. If the ability to interact with it by means of some kind of user interface; perhaps not a key board, but rather, by voice; would be a modern marvel!

What I could not envision in the early 90s was Armando having access to all my data; from what I purchased at the grocery story, to the tone and content of my emails, or what I had been searching on the internet.

I didn’t imagine it would know where I have been, what I’ve done, and people I had direct contact with. Never would I have thought it could know, being a hypochondriac in training, if I was watching a TV show or movie which could have triggered my neurosis. That it would see my blood pressure and my pulse, even sugar levels; and from my voice, determine if I am under stress.

It almost sounds like science fiction; and yet, it’s all quite easy to do today. What does this mean for our industries today, especially healthcare?

– Back to the articles –

The government, and businesses, are trying to control cost. One of the many ways we can reduce cost is by making the industry more responsive, eliminate duplication and misdiagnosis. Is it possible that instead of growing employment in healthcare for over 50 years, we are at an inflection point?

I have advocated the need for more graduates from medical school for two key reasons: one, the high average age of US doctors is in the mid-50s, by last count; and two, the growing needs of over 70 million US baby-boomers will potentially explode demand. What if those assumptions are wrong?

Today, the interaction between patient and doctor does not need to start at the office. It can, and should, start via a patient portal in an EHR, which should save time and provide better communication. We know robots are improving surgery by increasing the efficiency and leading to shorter recovery periods.

However, is that all they can do? What if they can reduce the cost of the procedure?

Computers have been diagnosing us for a long time, we just forgot. Currently, computers diagnose nearly all our blood tests and genetic testing. This process is totally automated, and the computer systems report the findings, as well as if they are above, or below, normal standard metrics.

We owned an MRI lab during the huge transformation from film to digital. What if Armando could see the MRI, know where that slice was taken in the body, and know exactly what it should look like based on the particulars of the patient; age, size, weight and condition? Then, within a nanosecond, it could identify if something was not right. Would we need fewer radiologists? Possibly.

Astronomers since the 1800s have known the composition of the stars based on Astronomical spectroscopy. Can Armando use more of that process to determine the potential for skin cancers by scanning a patient’s skin and looking for anomalies or specific characteristics of epidermal cancers?

Could Armando send the results to our new iPhone 6S? I don’t know, but we have been in a new age of computers, robot and digitalization, that could be changing everything.

The rate of change may appear slow to us, (on a historical perspective, it is much faster), slower than the doubling of technology overall; but the pace is picking up. Remember, the first “Computer” used to break the Enigma code to the Apple Watch, was less than 70 years ago.

Recently I have been looking at, though I have not read deeply, three books: The Rise and Fall of American Growth, The Great Stagnation, and the Second Machine Age. The subject matter is mostly centered on productivity, innovation and machines.

The reduction in productivity from the era of the last 100 years, according to former U.S. Federal Reserve Alan Greenspan, he calls the “productivity miracle.” Here is what he said in a speech in 2002:

“For example, as the benefits that attended the development of the electric dynamo and the internal combustion engine more than a century ago became manifest in both the capital stock and the organization of production, the growth of labor productivity surged. From an average annual rate of 1-3/4 percent in the late nineteenth and early twentieth century, it jumped to a 3-3/4 percent rate in the decade following World War I. Subsequently, productivity growth returned to a 1-3/4 percent pace. Then, for the quarter century following World War II, productivity growth rose to an average rate of 2-3/4 percent before subsiding to a pace of 1-1/2 percent annually from the mid-1970s to the mid-1990s.”

What I find interesting is that in the period of 2008 to 2014 the productivity was less than half of what it was from 1996 to 2006, 1.5% vs 3.5. So, was the productivity miracle driven by peak computerization, or was it the internet that made the difference? Did we hit peak performance? It could be it’s already happened in all the other key industries, and why productivity is not growing. (More on this next week)

I see is a huge opportunity in healthcare to make up for the lack of technology investment and innovation that has transformed the other segments of the US economy. The negative side of that statement is, it could be we are about to hit a new era of growth, or we have lived through an amazing period of over 50 years, which could end up being the historical bubble, (again, more on that and “Trancession” next week).

The only place to be for the next innovative transformation in technology, is healthcare.