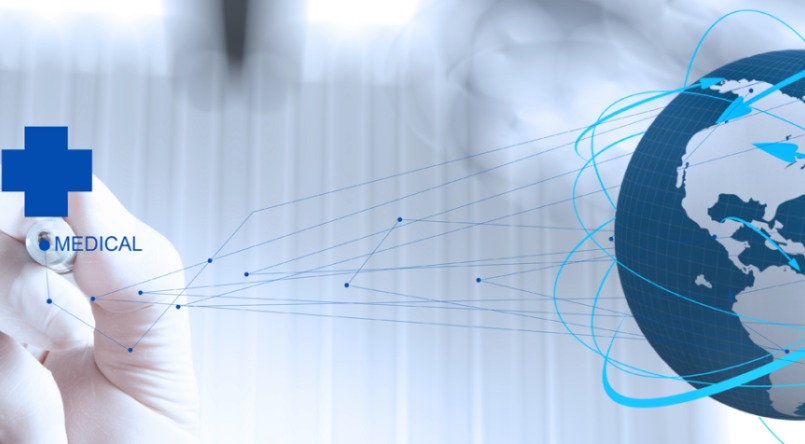 For the last few months, we in the US, have been witnessing the discussion on the national stage of The Trans-Pacific Partnership (TTP) . The TTP is a 12 nation agreement lead by the US Government, and potentially a landmark deal for President Obama and his administration. This agreement, subject to Congressional approval, was negotiated between the US and 11 other Pacific Rim nations – Australia, Brunei Darussalam, Canada, Chile, Malaysia, Mexico, New Zealand, Peru, Singapore, Vietnam and Japan – and have been negotiating the TTP Free Trade Agreement since 2010.

Though the agreement does not cover much on healthcare, it does go deeply into pharmaceuticals. In a recent article in The Hill they discussed this exposure as:

“the pharmaceutical provision….it’s already threatening to drag out — and possibly derail — the approval process for a deal reached by a dozen nations that together make up 40 percent of the world’s gross domestic product.

Under the Trans-Pacific ­Partnership, pharmaceutical companies could get up to eight years of exclusive rights to their clinical trial data, compared to 12 years currently in place in the U.S, five years in Australia and little to none in developing nations.”

We have no opinion on the PPT. We have commented before that no matter what happens, healthcare is not a true free market, as we have noted recently; nor has it been customer-centric.

We believe if we had more of a free market in healthcare, like the government negotiating drug prices directly with drug makers as private industry does, we could save money in Medicare and Medicaid and save lives. Presently, the way we buy healthcare is totally dysfunctional, cumbersome, obscure and unnecessarily complex, and still no free markets.

For example, the way Florida and many other states attempt to control the highly complex Certificate of Need (CON) process to build new hospitals and expand services, restricts commerce. The legacy model was primarily based when hospitals were paid on “cost of care,” and except for some rural facilities and outliers, nearly all hospital costs are not grounded in the coast of care, but reimbursement of fees, founded mostly on the Diagnostic Related Group (DRG) fee schedule. The monopolistic concept of CONs today has been questioned for decades, and even the U.S. Justice Department has highlighted this process may not be consistent with U.S. Anti-Trust policies. This legacy healthcare model also prevents a great number of ancillary products and services, (not particularly in Florida), from competing with average or even fair service, as hospitals are materially buffered from having direct competition in Florida. We know that competition makes us better, provides a better quality product at a better price!

In Florida, where we have done business for 25 years, they have modified CON laws that cover hospitals and some of their services, but not as in other states for diagnostic and imaging services. However, this could all change soon, as very recently, the Florida House of Representatives took actions to make some sweeping changes that, I believe, are heading in the right direction. The real reason for the title of this Blog directly relates to an article in our home town Miami Herald with the headline “Florida House moves forward with its own free-market healthcare ideas.”

The Florida Legislature is finally addressing some fundamental issues in healthcare. Eliminating Certificates of Need (CONs) for hospitals will be huge. I am confident it will lead to major battles, as strong hospital lobbyists, and even HMOs and other types of integrated delivery systems, will see it as an opportunity. Weaker hospitals, and those in depressed areas, will see this as a potential “life extinction event.” Currently, Florida has a very lengthy process to approve new hospitals, and even moving hospital beds from one hospital to another. This has been something interesting to watch, while simultaneously, watching a drop in the average length of stay from about 9 days in 1967 to about 4.5 days in 2014. As a result, in most large population centers, we have an oversupply of hospital beds.

I can denote from experience that over the last 25 years, we have had 2 hospitals taken offline for every new hospital built in South Florida, a region with a population of approximately 6,000,000 people, (tri- county area of Palm Beach, Broward and Miami-Dade), and the majority of hospitals are in the core of the major cities. Most urban centers in South Florida have been experiencing a renaissance, but Florida has a natural growth rate in population that is not experienced in most of the US. That said, with the elimination of the CON, it would allow for real competition to have an impact.

Many hospitals in Florida are physical dinosaurs that have undergone so many renovations over the last 30 years, they look nothing like their former self. These older hospitals lack the amenities and even technology that newer hospitals being built can offer, not to mention the cost of operating the older “brick and mortar” buildings and FF&E.

It would be ideal to have fresher, modern and more customer-centric hospitals built so hospitals can compete, and not in the monopolistic way that the CON dictates. Will that cause some hospitals to close? Yes, of course. Will there be a period of transition? Yes, most certainly. Will it allow doctors to unite and once again build the “Doctor’s Hospitals” there were in nearly every community? Likely, and hopefully. Would it present an opportunity for hospitality companies to enter the field? Yes, I believe it would.

One of the most impressive and best quality hospital I’ve visited, was in Central Florida and had recently been “adopted” by a leading hospitality company. I can tell you the customer service was amazing. The food was outstanding and the interaction and use of technology was a decade ahead of other local and regional hospitals. I for one, would love to see a hospital managed by Hilton, Four Seasons, Hyatt, or even The Ritz. Can you imagine hospitals competing based on the quality of their care and their customer service; rather than on the fact they have an exclusive concession granted 40 years ago?

Another provision under consideration by the Florida Legislature includes the ability to allow consumers to negotiate with providers directly. This is something that is difficult due to existing regulations on “usual and customary” charges and how both Medicare and Medicaid view those charges. We have talked about this before, and we have predicted that at any moment a new way to contract with providers and pay for other services, durable medical equipment and even supplies will emerge. Technology has created marketplaces in every single industry in the US; it is now time for healthcare.

Finally, the last provision being considered by the Florida Legislature is to allow for certain facilities that could not keep patients overnight or past 24 hours, such as a surgery center, may be able to keep patients up to 72 hours. This is going to be monumental and will put pressure on many hospitals. With the average hospital stay today around 4.5 days, as noted above, and so much of the hospital stays being for elective or scheduled care, it is possible an upward of 15% of current hospital stays could be done elsewhere.

We have been advocates for more use of technology in healthcare, we have encouraged more transparency and we have promoted a consumer-centric healthcare system. We remain resolute that only a more responsive, dynamic and consumer-centric healthcare system can solve the problems of burgeoning costs, (now over $3.3 trillion annually in the US), and service a demanding, better connected and better informed consumer.