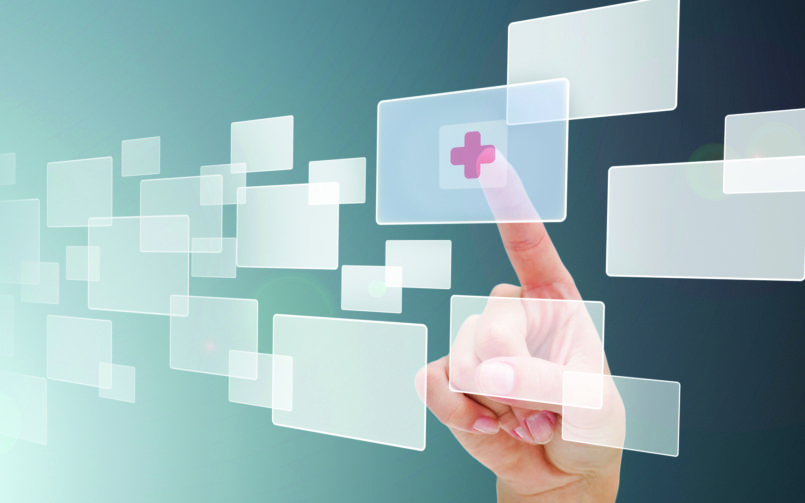 This week Florida Governor Rick Scott made headlines on the issue of healthcare transparency. The article that triggered this blog was published by “The News Service of Florida” and included an audio report .

The issue of price transparency in healthcare has been a particular obsession of mine since the early 1990s, as I parachuted into healthcare operations. Imagine an engineer and commercial contractor having to deal with the effective collection rate for medical services with a net ranging in the 33 percentile of billed charges.

It took a while to understand “billed charges,” “allowed charges,” and “contractual discounts,” which have been part of healthcare for the last 50 years. I was dropped in to a new position as an operator of a medical facility, and it was insanity! In a standard business there are bills, collections and possibly charge offs. Once a product is sold, it is important to know what it costs, (a story for another day), and what its resale value is. While in healthcare, there is rarely an actual determinable cost; and even less knowledge of what the provider will collect.

As an example, I recall the MRI business, in particular. From memory, we billed nearly all the charges around $1,200 (USD) per normal MRI scan. Some payments received were from out-of-network insurance companies, (located in other states or countries), that paid the entire billed amount, (minus any co-payments); but that happened approximately 10% of the time. The remainder was received, on average, between as little as $275 (USD) to $650 (USD). Imagine any other business dealing with that variable? It was nearly impossible to manage cash flow, forcing us to have huge operating lines of credit, to operate.

I had to follow his career before politics, and the Governor, Rick Scott, is an expert in nearly every segment of healthcare. He has been quoted saying that he’s pushing for a series of initiatives to address “price gouging” by hospitals, and wants hospitals to “post online prices and average payments for services provided.” I think this has been a longtime coming.

Healthcare, in my opinion, is the least transparent commercial industry on earth.

Scott has effectively declared war on an industry he knows better than nearly anyone. He personally became quite wealthy as a CEO of a hospital. The Governor said:

“The high cost of health care continues to hurt some of our most vulnerable families in Florida, and the best way to guard against unfairly high hospital costs being passed on to patients is to require hospitals to be fully transparent with their own costs and patient charges.”

The Governor has, in fact, created a Commission on Healthcare and Hospital Funding to look at the situation. He has also requested hospitals disclose in depth information on Medicaid billing to the state.

The Florida Governor has even brought up the idea of eliminating the “certificate of need” for hospital buildings and expansions. We have advocated, and will continue to advocate, to push toward transparency in healthcare. Furthermore, since the cessation of cost based reimbursement to hospitals decades ago, Florida also needs to eliminate the regulation of hospital beds and expansion of services.

These effective monopolies, like all monopolies, distort both economic realities, keep obsolete and underperforming facilities open, and restrict competition that can and will, reduce cost, and increase patient quality of care.

Yes, we need more transparency, and yes we need more completion based on quality of care. Florida should stop picking the winners and losers in the hospital industry. Florida in both cases is following the lead of other states.

The key parts of the new Governor news release is:

Upon today’s meeting of the Commission on Healthcare and Hospital Funding, Governor Rick Scott announced that he will work with the Legislature to increase transparency for Florida hospitals and empower patients to fight against hospital price gouging in the upcoming 2016 legislative session.

Governor Scott wants to empower Florida citizens to fight against unfair hospital prices by requiring hospitals to post their prices and average payments, along with their annual IRS reports, in an easily accessible location on their website. Governor Scott is also proposing to create additional protections for Florida patients by allowing the referral of any suspected hospital price gouging to the appropriate law enforcement agency or regulatory authority.

Governor Rick Scott said, “We must empower Florida patients to fight against unfairly high hospital costs by requiring hospitals to publish their pricing information in a usable online format. The high cost of healthcare continues to hurt some of our most vulnerable families in Florida, and the best way to guard against unfairly high hospital costs being passed on to patients is to require hospitals to be fully transparent with their own costs and patient charges. Most Florida hospitals receive state taxpayer dollars. We must not use state money to subsidize hospitals who are charging our citizens unfairly high prices for services they receive, often during a time of personal crisis.”

“We must also require the same level of transparency and financial disclosure for publicly funded and government-owned hospitals in Florida that we do for private hospitals. Healthcare spending in our state is the largest part of our state budget, and with the federal government ending the Low Income Pool program, Florida taxpayers continue to pay more every year to fund Florida hospitals. A publicly available financial disclosure will ensure that we know where taxpayer money is going and if it is being used to provide patients hospital services or fund record-high hospital profits and CEO bonuses.”

“I look forward to working with the Legislature in the upcoming session to make reforms that will allow patients to see what revenues hospitals are collecting and what they are billing patients for medical procedures. With our proposed reforms, patients who believe their hospital bills are unconscionably high will have the ability to ask for a third-party review of their charges. We must address the high costs hospitals pass on to patients if we are going to make healthcare more affordable and accessible in Florida. That means we must empower patients through more public information and transparency about hospital spending and pricing. We must also give patients a place to go when they feel they have been charged too much for a hospital service.”

To empower patients and increase transparency at Florida’s hospitals, Governor Scott proposes the following reforms to:

1. Empower patients by updating the existing law governing the FloridaHealthFinder.gov website with the aim of helping consumers estimate their expected out-of-pocket expenses and chances of experiencing adverse incidents while at a specific healthcare facility.

2. Empower patients by requiring all hospitals to post on their website in a prominent location the prices and average payments received for all products and services offered, along with performance on patient quality measures agreed upon by the existing State Consumer Health Information and Policy Advisory Council.

3. Empower patients by creating new protections against unconscionable prices to include all products and services rendered to a patient during a medical emergency or other course of medically essential treatment. With this policy, patients can refer complaints of price gouging at hospitals and surgical centers to the appropriate law enforcement agency or regulatory authority for investigation and potential prosecution. Among the 50 hospitals in the United States with the highest markup of prices over their actual costs of providing care, 20 are in Florida – the largest of any state.

4. Empower patients by requiring tax exempt hospitals, which do not pay property or income taxes, to post their annual financial reports (Form 990) to the IRS online. IRS Form 990 contains detailed information on the filing of an institution’s programs and finances, such as executive compensation, lobbying expenditures and revenue. Under current law, only investor-owned hospitals (privately run) are required to do this and the Governor would expand this requirement to every hospital in the state, including not-for-profit institutions.