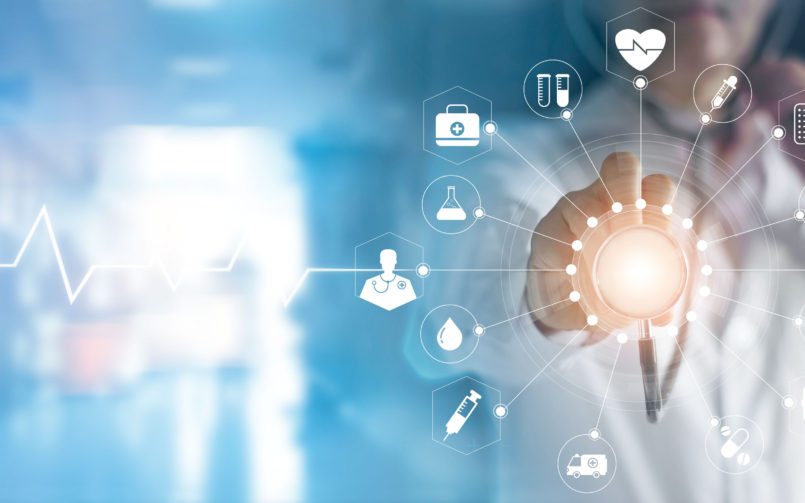 On April 16, 2013, a group of 5 US Senators released a report called “REBOOT: Re-examining the Strategies Needed to Successfully Adopt Health IT”. This report outlined their serious concerns with the implementation of the Health Information Technology and Economic and Clinical Health (HITECH) Act. Recently, these same US Senators wrote a blog on the Health Affairs website.

In this blog they specifically asked:

What have the American people gotten for their $35 billion dollar investment?

Two years after releasing the white paper, and six years since enactment of the HITECH Act, the question remains. There is inconclusive evidence that the program has achieved its goals of increasing efficiency, reducing costs, and improving the quality of care.

We have been candid about the key reason for the lackluster performance of this stimulus program: the lack of progress toward interoperability. Countless electronic health record vendors, hospital leaders, physicians, researchers, and thought leaders have told us time and again that interoperability is necessary to achieve the promise of a more efficient health system for patients, providers, and taxpayers.

Instead, according to physician surveys, electronic health records (EHRs) are a leading cause of anxiety for physicians across the country. The EHR products are not meaningful to physicians, which is clear when you consider that half of all physicians will have their Medicare payments cut in 2015 for not adopting government benchmarks for EHRs.

US Senators Thune, Alexander, Roberts, Burr and Enzi went on to say that they were “pleased that the Office of the National Coordinator for Health Information Technology (ONC) recognizes the concern of hospitals, providers, patients, and other stakeholders, and recently released a draft roadmap for interoperability. In it, ONC proposes to work with stakeholders to develop minimal standards for the safe and secure exchange of EHRs.”

We believe that society has a huge benefit from the continued use of EMR, we wrote a commentary on the original REBOOT report: AMA Weighs in on EMR and Meaningful Use Criteria

I believe creating a new national infrastructure is a long journey, not a destination. The $35 billion that the Senators call into question has been providing first mover opportunities to technology companies and entrepreneurs. This is the proper role for the federal government to assume. If not for the federal government investing through agencies and public institutions, the infrastructure of what would become “the internet” would not have been created. No single business had the necessity, vision, or resources to pursue a project like this, not even a consortium of private companies.

We are now well into Stage 2 of the Meaningful Use program and providers are struggling to meet even modest health information exchange requirements. According to a report released by the Centers for Medicare and Medicaid Services (CMS) on February 10, 2015, only 131,905 out of more than 500,000—or roughly 25 percent—of eligible medical providers and hospitals had attested to either Stage 1 or Stage 2 for 2014. Responding to stakeholder feedback, CMS allowed more flexibility to providers to meet Stage 2 requirements.

EMR technology has not produced the savings expected. Even in Stage 2 of Meaningful Use, patient interaction is extremely small. The reality from my perspective is that we should spend $5 billion per year to continue advancing EMR infrastructure. As a county, we should see this as a national imperative on par with the electrification of America, and the Interstate Highway System.

According to ONC, “Implementing EHR systems range from $15,000 to $70,000 per provider. In a September 2014 IBIS World Report on EHRs, nearly 45 percent of physicians from the national survey reported spending more than $100,000 on a system. About 77 percent of the largest practices spent nearly $200,000 on their systems. However, these estimates failed to consider upgrade and vendor costs associated with running these systems. Numerous stakeholders have stated that one large obstacle to interoperability and sustainability is the cost of sharing data among different vendors.”

“The ONC envisioned the State Health Information Exchange Program would help facilitate this exchange, and taxpayers spent over $500 million on this effort. Yet, the program has failed to provide a long-term approach to information exchange. According to a RAND Study, published December 2014, only about 25 percent of the nation’s health information exchanges are considered financially stable by those who run them. The programs’ inability to sustain operations without federal funding triggers more and more questions. With HITECH Act funding dwindling, we fear that time is running out for ONC to make meaningful advancements toward interoperability.”

My view is that we set impossible expectations and we underfunded the programs established to meet them. Yes, it has been a very rocky start however, we need to support medical providers and educate a workforce in EMR and health information technology.