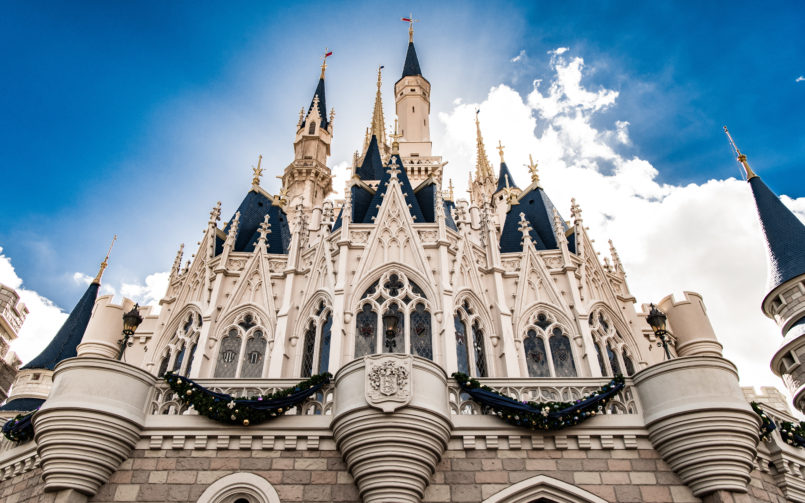 A few weeks ago, I had the honor and privilege to give a presentation on healthcare and how we believed EHR, IoT and Telemedicine is about to change healthcare forever.  In recent blogs, I noted that my presentation was at Walt Disney World Florida (WDW) however, nothing more.  The IoT conference was held at the Contemporary Resort next to the Magic Kingdom; I smile thinking of it.  It was in the opening year of 1971, that as child, I was riding the now famous monorail for the first time, and as many know, it passes right through the middle of the Contemporary Resort.

Two more points of reference to Disney and healthcare.  For years, we kept going back to WDW for summer vacations.  One year, I think it was in 1973, I broke my ankle while in Orlando at our hotel, and was treated in a trailer operated by what is known today as Orlando Health.  Thirty years later, I was visiting the most advanced and friendliest hospital I had ever seen located in Celebration, Florida, a village completely designed and built by Disney.  The Celebration Health Hospital, owned and operated by Florida Hospital System, is such an amazing facility.  It has left a permanent impression on me, and models how a hospital should look, operate, and service the community.

Back to the main story… in the past week, we shared our opinion on the public announcement made by Amazon, Berkshire Hathaway and JP Morgan Chase who are collaborating on a new (amended) healthcare purchasing organization.  We mentioned why we thought they would have little impact on a national level, and that to make a real impact, you needed size and concentration.  I used the number of 50,000 employees in a region, as an example.

Well, we have a candidate for that theory based on experience.  Last week Disney announced that they were bypassing (in most cases) insurance companies, and contracting directly with the two dominant health systems in greater Orlando, for the care of their 70,000 locally-based employees.  Now that will have some impact.  To have real impact, you would likely have to contract with one of the two, and get more volume and better competition.

There are however some drawbacks for employees in this model.  For one, their network of providers will shrink materially, and it likely will continue to decrease.  The news article from the Orlando Sentinel noted that each hospital-based system will “bear risk” and be responsible for the total care of patients, which is normally part of the role and experience of insurance companies.

The accepted practice for hospital systems is to have fully occupied hospital beds, and nearly all they do is get some return on the massive investments made to build and operate a hospital.  For years, I have tried to persuade small hospitals to accept fixed sum for care; this never was successful.  In time, medical providers will have to be careful not to have one method of care for fee-for-service patients, and a different method for those in a capitated or at-risk model.

The shrinking provider network is part of the trade-off to control both care management and cost.  Consequently, Amazon, Berkshire Hathaway and the JP Morgan Chase partnership will face the same issues. This reduction of the provider network will have a material impact on independent and small group practices in the area.  This contraction of independent physicians will not only continue, we expect it to accelerate in the next few years nationwide, and not just in Orlando.  More on that issue later this year.

We believe that Disney will have an overall good experience; both are very robust systems.  What may be a problem though, is what should be the contracting provider base for employees? It is also likely that only one, but not both Florida Hospital and Orlando Health will survive the relationship.  This bifurcation will allow Disney to track cost and quality, and eventually maybe offer one solution allowing one of the systems to contract with the other.

What particularly surprised me was the fact that they did not talk about the use of technology or discuss any new innovations.  Disney is a very tech-driven company; they track your location, spending habits, etc.  Have you ever worn one of their Disney MagicBands® and/or used their My Disney Experience app?  How can there be no centralized patient heath portal?

The most effective way to control cost today is with more effective use of technology and promoting consumer engagement.