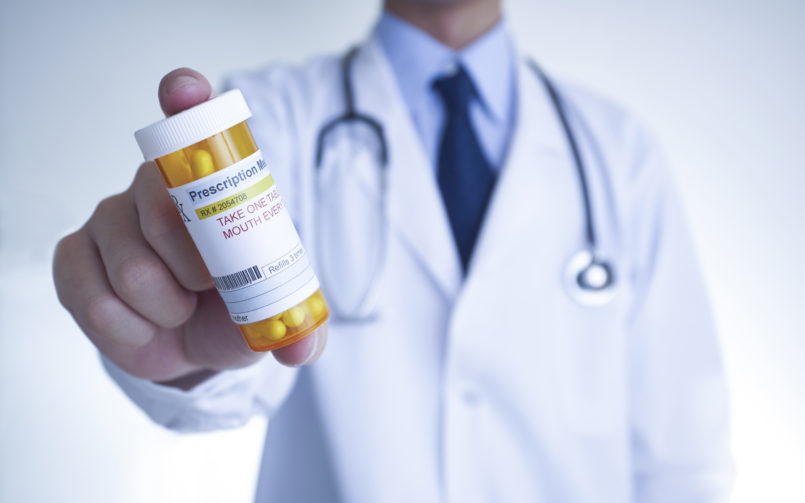 Many times, we have discussed the opaqueness of healthcare prices in general, and in particular the wide gap between “usual and customary,” retail pricing of medical services and “allowable” prices, or the final payment from insurance companies and government programs.

All U.S. consumers must do is review the latest explanation of benefits (EOB) provided by U.S.-based insurance companies to their members with every procedure.

It is common to see insurance companies negotiate for discounts that can be as extreme as 90% for lab tests, 50-60% for providers, and 35-40% for hospital-based services.  The only segment of healthcare that is even more complicated (we would label it a black hole) is pharmacy benefit management or PBMs segment of healthcare.

Having dealt with PBMs from three different points of contact (as the manager of pharmacy, as an at-risk provider of care, and as a third-party administrator) it is not only the most complex part of healthcare, but also the one that brings the least amount of value.

This blog is not anti-PBMs; unfortunately, PBMs are part of the problem today even though they may have been part of the solution in the distant past.  The entire mechanism with wholesale prices is literally so complex that even billion-dollar insurance companies and MCOs engage in legal disputes with their PBMs.  I will not take up your time detailing these published reports.  Some large and some mid-size insurance companies have their own PBMs, which clearly solves the issue.  That seems to be one of the interesting attractions advancing the connection between PBMs, pharmacies, and/or healthcare insurance providers in recently disclosed vertical merger announcements, as stated in our previous PWeR News blogs.

In President Trump’s “Blueprint,” we noted that it partially helps the giant problem however, we also noted that it is inadequate for the size and complexity of the situation.

The call for allowing medical care drug plans to negotiate better prices, and even negotiate value-based purchasing, does not go far enough.  The plan permits rebate sharing with consumers, and in some cases, allows for free medication.

We are very confused by how the U.S. as a country will be able to “persuade other countries to pay more” for their U.S. innovated drugs, so that the U.S. does not subsidize international sales.  We note that foreign governments negotiate bulk prices for their entire country.  We have to remember that U.S. healthcare, (about 50% paid for by federal, state and local governments), is not a socialized medicine model.  However, it is the standard in the rest of the developed world, either in general or with variations.  Please note we are NOT advocating socialized medicine, we are just recognizing they are different from the U.S.

What if the U.S. mandates that U.S. consumers, U.S. government, and insurance companies can only be charged the medium volume weight price of all international sales for a particular drug?

U.S. companies (some with overseas domicile for tax reasons) spend more than any other single country in drug research.  Why should American consumers pay more than the average price of a drug?

Requiring drug companies to publish their prices in TV and print commercials is a good idea; that action alone will surely put consumer pressure for lower prices.  In tandem with price disclosure, what about sharing the efficacy of the drugs?

Another point in the “Blueprint” was explicitly permitting pharmacists and PBMs to discuss with consumers the potential cash price differences, if they are lower than the copayments of their insurance/PBM.  This has been going on for a while however, it has depended on the openness and generosity of the pharmacist at your local pharmacy.  This clearly should be the law of the land – more information is always better!

Another point of the “Blueprint” was a discussion of patent reform.  Drug companies play a legal game that allows them to extend the patent on their drugs by many methods to include combining drugs, and/or changing the delivery method.  In some cases, they can also negotiate semi-exclusivity as drugs transition to generic drug manufacturers.

Additionally, in order to get generic drugs to market faster, generic drug manufacturers should not be required to reverse engineer a drug in order to generate a genetic equivalent of the drug, and then have to partially go through the FDA approval process again.  This is a waste of time and billions of dollars in money, hurting consumers, government and employers.

As a patent holder myself, we agree with President Trump, “our patent system will reward innovation, but will not be used as a shield to protect monopolies.”

We propose a new law that would allow employers and insurances ways around anti-trust regulations that effectively prevent them from comparing cost and negotiating prices as a group (without PBMs).

We see technology having material impact in both medical services and drug prices.  We only now have the technology to permit it today, and we see an empowered consumer.

We see the ability of the FDA to connect to the next generation EHRs to allow drugs faster to market, and monitor them more permanently.  We see the ability of using technology to allow consumers to price shop for both name brand drugs and their generic equivalent drugs.  They should also be able to see clinical comparable outcomes.

Imagine the very near future when providers will be able to use their expanded EHRs to compare prices and efficacy, in real-time, before electronically ordering the patient’s prescriptions.

We remain extremely excited by anything that provides better transparency, allows for better use of technology, and reduces the net costs of healthcare; this includes pharmaceutical drugs.  We see an evolving revolution, led by technology, consumers and transparency in our industry, here today and growing.