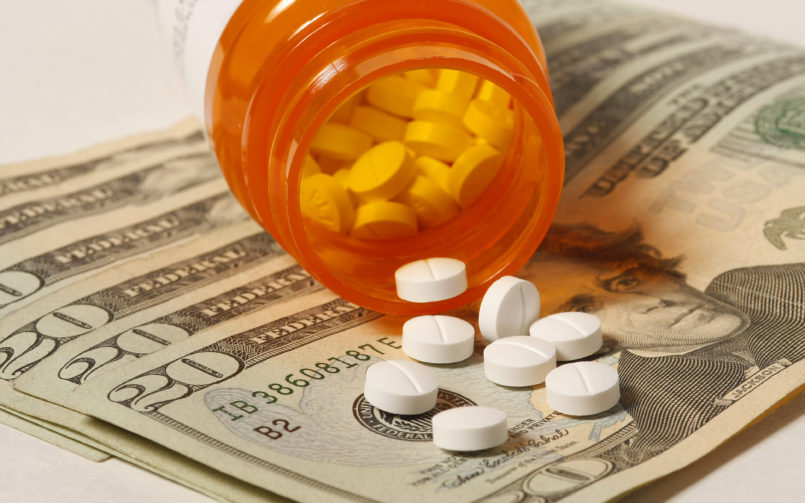 Whether you like, dislike, or are apathetic about President Trump, it remains a fact that he has handled nearly every issue he has faced in a non-traditional way.  It seems he will do the same with prescription drug prices in the U.S.

Though drug prices account for $320 billion (USD) annually, or about 10% of total healthcare cost of over $3.3 trillion, it is disproportionally more than 10% of an actual patient’s cost.  It also has a material effect on health; a drug costing $0.50 per pill can help save a life.  Some drugs costing $300 or $1,000 per pill can put cancer in remission and prolong life.  That was not a typo, some cancer drugs cost more than $300 a pill, and need to be taken for years, if not for the rest of a patient’s life.

Besides the possible solutions mentioned in our previous blogs on this subject – including our favorite of total drug price transparency made available with technology used today in other industries – one huge opportunity is for the federal, state and local government (who account for nearly 50% of all healthcare costs) to collectively, like a purchasing union, negotiate prices directly with manufacturers.  Because Medicare beneficiaries are older, and generally have more medical conditions, the potential is to not just impact 50% of prescription prices, but an even larger share.  Medicare beneficiaries alone use about one third of all prescription drugs by cost in the U.S.

This bulk negotiation has not happened in the 10 years since Medicare Part D expanded Medicare to cover prescription drug prices.  Other developed countries negotiate with major drug manufacturers; that is why they get better pricing.  Negotiation is at the heart of American commerce.

In dealing with drug prices, Medicare allows the drug companies to set the price, and Pharmacy Benefit Managers (PBMs) or insurance companies then negotiate. Yet, under U.S. anti-trust laws, it would be illegal for payors to “collude” to negotiate the best prices possible as group.  However, in contrast, the Medicare program sets the maximum prices for each medical procedure they will pay a “participating provider” in their program.  In nearly all cases, the reimbursement from Medicare is below the cost to provide the service, in my 25 years’ knowledge of healthcare operations.

A recent report by the Inspector General (IG) of the Department of Health and Human Services (HHS) covering five years (2011-2015) found there was a 17% drop overall in brand-name prescriptions for all Medicare Part D beneficiaries.

If we shared only that one data set, a reasonable person could imply that should have had some effect on the total drug cost, right?

It could quickly be assumed that the increase was mostly driven by exotic cancer cures or miracle drugs costing $100,000 per year.  However, the issue was identified as prescriptions for chronic conditions, such as hypertension, diabetes, cholesterol and asthma, being the top performers.

These drug prices are affecting our oldest and financially more vulnerable members of society.  With 43 million Medicare beneficiaries having prescription drug coverage, those beneficiaries pay an average of $40 per month for the benefit with the U.S. taxpayers subsidizing that benefit.

The same IG report also noted that “rebates” from PBMs did not have any material impact on total cost.  Rebate amounts increased however, not at the rate of price increases.  Does this start to sound like a game to anyone?

We reiterate our previous suggestions:

We have the technology to do all of this now – it will happen, now or later.

We continue to expect that over the next five to seven years, healthcare will be changed by more technology-driven U.S. Baby Boomer consumers (1946-1964), who are used to getting the best products, services, and pricing on their smart phones, anytime, anywhere, on demand.

In our next blog, we will discuss more about prices, which consumers are using healthcare the most, and who makes most of the decisions for healthcare today in the American family.