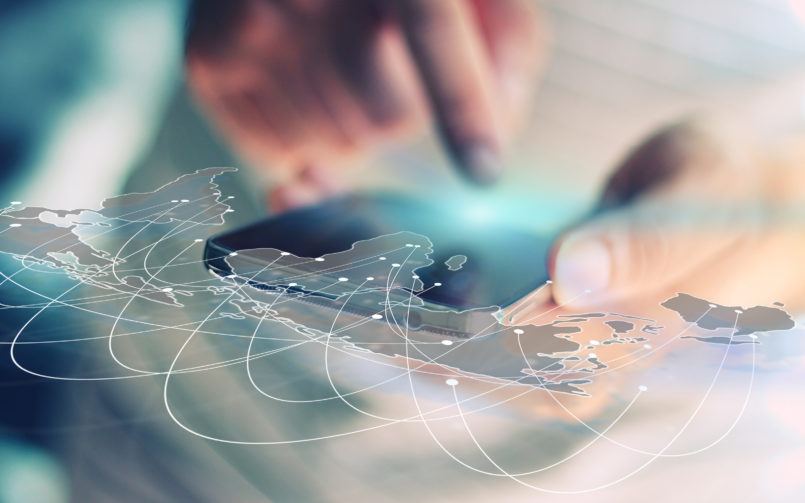 In Part 3 of our Health and Blockchain series, we will evaluate the Distributive Ledger Technology (DLT), and one application of this technology called Blockchain Technology (BTC), both of which offer exciting potential.  For clarity, both are essentially databases where control over data evolution is shared between entities, and in the case of the blockchain unrelated transactions are bundled into blocks, which are chained together using hashes and (in most cases) broadcast to all participating entities for batch processing, use “blockchains.”  There are two mutually exclusive extremes; one that thinks DLT will change everything, and one that thinks it will change nothing.  If you mention “cryptocurrencies,” then the viewpoints become even more dramatic.

Our focus in this series is not to settle or endorse any position, rather our focus is to discuss how we can impact healthcare, wellness, health insurance and consumers, payors and providers in healthcare for the best outcome to all, patients first!

There are many opinions on how Blockchain Technology will impact healthcare.  I recently read an article from a reputable source which stated that based on public announcements, research projects, testing and prototypes, “1 in 5 healthcare organizations could be in Blockchain by 2020.”  It would be exciting for that to happen however, we are very doubtful.  Healthcare is very highly regulated in the U.S., as well as most other countries.

The popular concept is that BTC will help promote more interoperability and do what health information exchanges (HIE) have been unable to achieve yet.  In the U.S., we have spent $100 billion (USD) and we are barely, if any, closer than when we started.  The idea of the promoters of Blockchain Technology in healthcare is that all patient information will include complete patient data: medical care, prescriptions, diagnostics, etc., — everything that is included in today’s siloed EHRs.  The problem is not the lack of technology – it is the use and application of that technology!  Unfortunately, the promoters of Blockchain Technology are not technologists nor healthcare experts and to them data is data.  However, this oversimplification has led some very big names to abort attempts at joining the “healthcare revolution.”

We can, for example go back to the U.S. Department of Veteran’s Administration (VA), the organization that led the EHR revolution.  This federal agency developed the widest and most aggressive plan for centralizing medical records for all U.S. active duty members and veterans under the care of the VA.

The Veterans Information System and Technology Architecture (VistA) is spread across 1,000 hospitals and medical offices, provides care to over 8 million veterans with a total of more than 180,000 staff members.  The history of VistaA can be traced in the VA to the mid-1970s.  Recently, the VA has agreed to replace VistA with a commercial platform to be created by Cerner Corporation.  The cost estimates range from $15 to $25 billion – yes that is BILLION!

The VA is exploring Blockchain Technology even as the work on replacing VistA is underway, but as of the end of 2017, they have no project in development or testing.  They have however, written about it, and it is of material interest (see link below to VA paper).

The two key components of the VA paper are the opening and towards the end of the report:

Two major challenges in the digital age are ensuring security and streamlining enterprise-wide technology. Blockchain is an emerging technology that could alleviate these issues. Blockchain has the ability to establish identity and create trust in cyberspace. Using distributed networks to reduce risk, this accounting, or “ledger,” system may change workflow and business procedures by opening opportunities for innovation and growth…”

The US Federal government and governments around the world are exploring uses for blockchain. In the US, security concerns contribute an amount of opacity between government branches. Building on the open data movement, blockchain could introduce opportunities for departments and agencies to securely share information and services. Governments foresee internally using blockchain as a database to manage physical and digital assets, record internal transactions, verify identities, reconcile internal databases, and increase interoperability. A registry of all devices connected to the VA’s IoT is a potential beneficial use of blockchain. A second could be digitizing the transactions of Veterans’ monetary benefits, like pension and compensation. Health researchers are also exploring using blockchain in healthcare records management. Blockchain could be used to securely exchange large volumes of data while ensuring patient privacy and maintaining data integrity. Further, blockchain’s record-keeping ability could be used in VA hospitals to track a patient’s hospital visit, with developments tracked in a ledger as a transaction. Blockchain is expected to reduce operational costs, increase digital security, and instantaneously update systems. What uses might you have for such a technology?”

We strongly believe that Blockchain Technology has a huge opportunity in the U.S. healthcare industry, but it is not the “silver bullet” application some are expecting in healthcare.  Interoperability, the thorn in the side of Healthcare Technology, cannot be magically solved by the use of Blockchain.  If interoperability is difficult when you have contracted parties, it will be even more difficult in a distributive environment.

However, we do think there is one application where Blockchain Technology can play a major role and that is as a platform where you convert the wellness record to a patient-controlled dataset.  This dataset is not facility or doctor centric, but truly patient centric.  What we envision is a Personal Wellness Blockchain Record (PWBR®).  Now a patient-controlled EHR is something transformative.  More on that option in our next blog; also why major regulations will need to be changed to reach the potential of Blockchain Technology in healthcare.