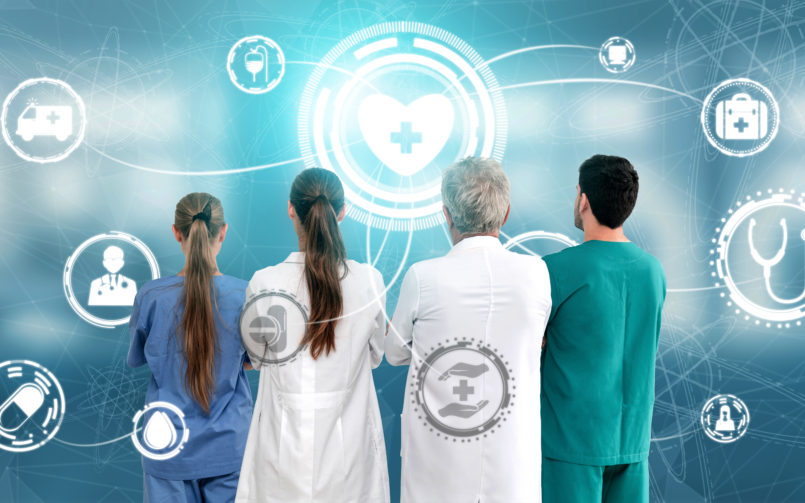 We have had an incredibly busy summer in South Florida.

I would like to say that healthcare was also quiet however, it seems more activity, more stress and more desire to change the path of U.S. healthcare continues to grow each year.

In our last blog, we warned that “Medicare for All” would make the U.S. Healthcare problem worse. Though we believe the U.S. healthcare delivery is not among the best, it has also become very frail, and it is becoming very concerning.

In 1965, the U.S. was at the top of the range of developed economies regarding the cost of healthcare vs. GDP (OEOC[1] ); however, not in a major break out way as we are today.

If you look at the graph below, you will see that something clearly happened.

The Organisation for Economic Co-operation and Development (OECD) website stated:

Most of the counties in the OECD have national or socialized healthcare – for the most part, the U.S. does not.

**Roughly, 50% of all healthcare in the U.S. is paid by Federal, including the Veteran’s Administration (15 million), Federal programs like Medicare (53 million), joint federal and state program Medicaid (68M), and federal, state and local employees.

1965 was key because that is when both Medicare and Medicaid were enacted, and the first benefits started soon thereafter in 1966.

In the graph below, you can see the comparison.

The reason we bring this to light is because we are convinced that the U.S. healthcare cost will grow from about 18% of GDP, to likely 25% of GDP by 2030 and because of that, we are likely to see the most innovation in healthcare over the next decade.

It will not be about providing more benefits, and socialized medicine in the U.S.  However, what we will see is a transformation from the use of technology in healthcare, to a technology driven healthcare.

While the transition has slowly begun, we expect it to accelerate materially over the next few years. The peak year from Medicare enrollment for this generation of retirees will be 2025. Medicare is preparing and exploring new payment models as they realize what is still ahead.

This is a really bad time for healthcare.  Recently, there was a report that 70% of medical providers are exhibiting signs of burn-out, and that one physician each day is committing suicide – that’s double the general population rate! The stress that doctors are facing is too hard to describe. Some of these pain points have been the mandate (and cost) to adapt to complicated Electronic Health Records (EHR), material reduction in inflation adjusted reimbursement, substantial increase in documentation, pressure from payors, pre-authorization nightmares, and last and but not least, increasing employment and operating costs.

We will discuss more about the future of healthcare in our next blog, Healthcare 2030 Pt. 2.

[1] The Organization for Economic Co-operation and Development is an intergovernmental economic organization with 36 member countries, founded in 1961 to stimulate economic progress and world trade. Wikipedia