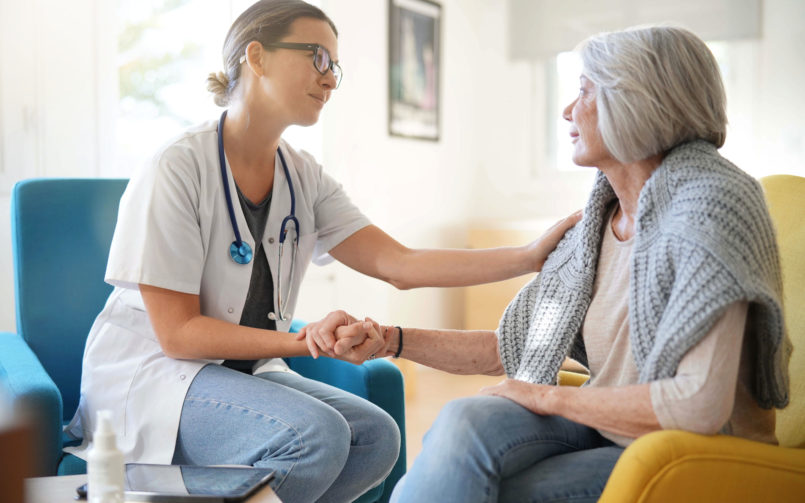 Our last blog, Healthcare 2030 (Part 2), ended with the prediction of a new “golden age of healthcare.”  I realize it is impossible to predict a golden age before it has happened, however, in this case, we may have one exception.

Once referred to as “The Maestro,” Allan Greenspan once said or wrote something like ‘demography is history.’  His premise was that if you have great demographic information, with historical perspective and behavior economics (my injection, not his), you could predict just about anything.

A simple example is, if you know how many children in the U.S. are born each year, you can predict the current trends (net migration) of how many new adults will enter college in their 18th year.  While there are variables, you can predict going forward by observing the past behavior.  In healthcare, we know that the complexity and amount of care increases with age.  There are actuarial predictions, and the Law of Large Numbers is quite accurate.

As defined by Investopedia:[1]

Understanding the Law of Large Numbers in Insurance

In practical terms, this means that it is easier to establish the correct premium and thereby reduce risk exposure for the insurer as more policies are issued within a given insurance class. An insurance company is better off issuing 500 rather than 150 fire insurance policies, assuming a stable and independent probability distribution for loss exposure.

To see it another way, suppose that a health insurance company discovers that five out of 150 people will suffer a serious and expensive injury during a given year. If the company insures only 10 or 25 people, it faces far greater risks than if it can ensure all 150 people. The company can be more confident that 150 policyholders will collectively pay sufficient premiums to cover the claims from five customers who suffer serious injuries.

We believe history will look back a hundred years from now and label the next decade as a transformational decade for healthcare in the United States.

We believe that just as Baby Boomers have changed everything they have been a part of since 1946 through 1966 – whether it was changed by them directly, by their parents, or their offspring – the Baby Boomers, at least economically, have impacted American history more than any other generation to date.  It will be interesting to see what legacy the Millennials create.

Sociologists have debated, and will continue to debate, why the Baby Boomer generation has had such an impact.  Was it the independence that our parents gave us?  Was it the era that we grew up in?  Or, was it just that the sheer size of our generation – all seeking, acquiring and wanting the same thing at the same time?  Even as we look back to the stock market growth since the early 1980s through the early 2000s, it is hard to totally grasp the impact Baby Boomers had in getting married, buying their first home, or having children.  Were the high inflation years of the late 1970s and early 1980s a direct impact of that generation of 77 million people all wanting something at the same time?

Today, this generation is between the ages of 54 and 72 years old, and they’re entering their high healthcare consumption years.  The entire generation will be eligible for Medicare (as currently structured) by 2030.  We can’t project some things however, this generation can and will likely change healthcare in a way that is totally unpredictable today.

In the next couple of weeks, we’re going to start a podcast to supplement these blogs named Healthcare 2030.  We expect that healthcare in 2030 will change in meaningful ways – well beyond what is completely predictable today!

We expect there will be certain leading trends through this transformational decade including Internet of Things devices, Artificial Intelligence, Telemedicine, Price and Contract Transparency, and most importantly, the shifting of the center of care from the provider to the consumer, who will be demanding control of their healthcare.

Be sure to follow our site and social media pages for the official launch announcement of our  podcast, Healthcare 2030.