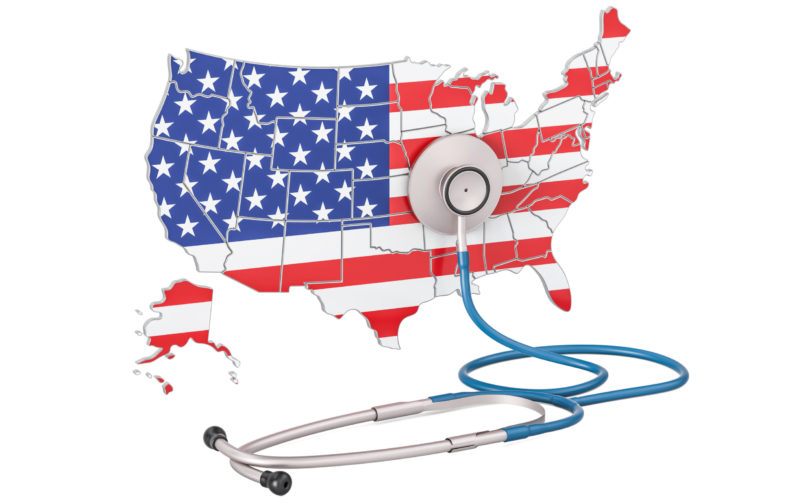 The United States of Healthcare(SM) (Part 1)

Recently, we completed our long series of blogs titled Healthcare 2030 and we continue to discuss some of the topics on our podcast: https://oxiohealth.io/podcasts/

The title of this blog, “The United States of Healthcare,” has been germinating for a while.  I first used this term when I was trying to make the point that, all roads in the U.S. can be used for, led to or intersect with in healthcare.

Many believe social media has an impact on mental and physical health. Nearly every company is either trying to deal with healthcare cost (ask General Motors, Starbucks, etc.) or trying to figure out how they can get into the healthcare space with products or services beneficially (ask Google, Apple, Amazon, etc.).

Currently, the U.S. Labor Department has released the December 2019 “Jobs Report” that states, “…nonfarm payrolls increased by just 145,000, while the unemployment rate held steady at 3.5%.” This is a NEW 50 year low, AND “…underemployed workers fell to 6.7%, the lowest it’s ever been in records going back to 1994.”

Wow, America is on a roll!

However, we need to drill deeper to grasp the entire significance of the numbers.  Job growth in December was led by Retail and Hospitality (major U.S. holidays in December, annually bring strong contributors), the growth for 2019 was been led by healthcare.

The following graphs[1] illustrate this point:

Here is the report from November 2019:

Based off the data alone, you can see below the “12-month change” as reported from BLS[2].

The data shown is in line with the Bureau of Labor Statistics (BLS)[i].  It is projected that the healthcare sector employment will grow 18% from 2016 to 2026, “much faster than the average growth for all occupations, adding about 2.4 million new jobs.”

Based off our previous blogs, we theorize that a main driving force in the economy is healthcare, and the power or influence of healthcare on the economy will grow effectively creating an entire ecosystem at, or near, 20% of GDP which both help to stabilize the economy, but at the cost and detriment to other segments. Unlike other industries from electronics, software, manufacturing and even garments, it is nearly impossible to outsource to another country except for medical tourism, which we will address in a later blog. Regardless, this and other slight anomalies do not change the master trend in which emergency care is provided within 20 miles from where you live in the U.S.

Over the next few years, we suspect that markets will begin to understand healthcare is well beyond biotech or pretty much all of pharma (11% of healthcare and less than 1% of GDP), as well as medical devices and that 80% (+) in healthcare is about service. In turn, this provides better healthcare services and better quality more quickly and it extends life when we infuse these services with technology. We are seeing this happening now and we see the trend accelerating over the next nine (9) years. It will be the “Golden Age” of healthcare in the U.S. and the developed world.