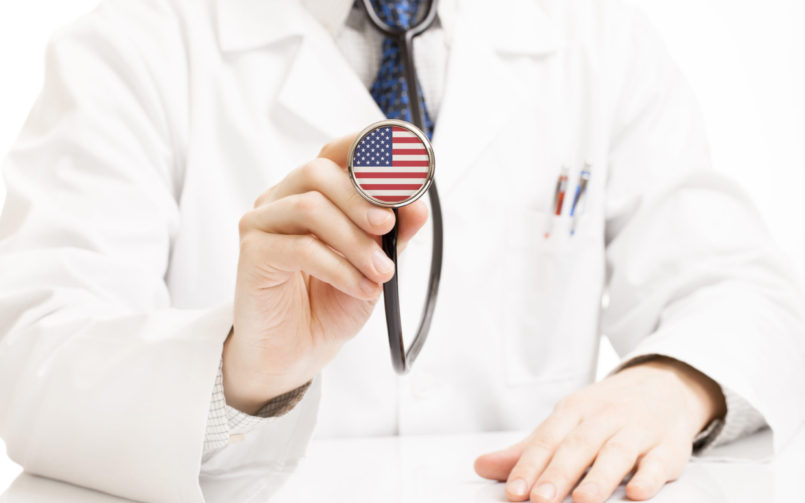 The United States of HealthcareSM (Part 3)

The United States of HealthcareSM (Part 3)

Based on the last two blogs of this series, we believe many people who are dismissing the direction of our economy may have been looking at it through wrong-colored glasses.  The U.S. jobs report for January 2020 was just issued, and once again, healthcare services are a key driver of jobs growth. See the graph from CNBC below:

We can drill down on this combined “Education and Healthcare” number of 72,000 a little deeper by going directly to the Bureau of Labor Statistics (BLS).  Following the same period, the two additional graphs below separate the combined “Education and Healthcare” in the Jobs Report and it shows that out of the 72,000 jobs, there were 36,000 healthcare jobs, with 23,000 in Ambulatory Care and 10,000 were in hospitals.  Additionally, since January 2014, hospitals have added 489,000 jobs.  My theory is that there are many more healthcare-related jobs that go unaccounted for and not identified as healthcare in professional and even some technology companies.  For example, where are the thousands of people that work outside of doctors and hospitals doing Healthcare-IT, EHR development and sales, medical billing, and healthcare supply chain management?

The BLS table below provides a few interesting comparisons; for instance, the job growth in healthcare is expected to continue its growth through 2028, at the highest rate of any category on the chart, reaching a forecast peak of 23 million by 2028.  Again, I think this is highly conservative and I believe the number should be much larger.  One of the obvious examples for this is with healthcare technology companies that are very likely labeled in the general technology field, as well as healthcare lawyers and others that have a direct cost and contribution to healthcare.

We are waiting for people to realize that the U.S. economy is more stable than most developed nations’ economies; in part, healthcare in the U.S. is a business and that business is now the largest employer in the country.[2]

In a recent article I read from The Atlantic noted that “services are the new steel” and healthcare is the biggest sector.  The Atlantic also noted:

“By 2025, one-quarter of the workforce will be older than 55.  That share will have doubled in just 30 years.  The graying of the nation will have widespread economic and political implications, like declining productivity and electoral showdowns between a young, diverse workforce and an older, whiter retirement bloc.  But the most obvious effect of an aging country is that it needs more care—and that means more workers.”

The Atlantic also noted something fundamental and why healthcare is so resilient to the economy [emphasis added];

“…the two most destabilizing forces for labor in the last generation have been globalization and automation.  Together, they have hurt manufacturing and retail by offshoring factories, replacing human arms with robotic limbs, and dooming dusty department stores.  But health care is substantially resistant to both.  While globalization has revolutionized supply chains and created a global market for manufacturing labor, most health care is local.  A Connecticut dentist isn’t selling her services to Portugal, and a physician’s receptionist in Lisbon isn’t directing her patient to Stamford.  Health-care work has, so far, been generally resistant to automation, too.  While artificial intelligence may one day take over radiology, while programmable robots replace brain surgeons, that future isn’t quite here yet.”

That last part of the quote is an additional reason to be optimistic.  First, we are guaranteed to have a shortage of physicians in the coming decade – this is not fearmongering.  Having been privileged to have played a part in the start of two medical schools, I strongly believe that we are headed for an imminent shortage in doctors.  Typically, it takes a minimum of roughly 12 years (post high school) to mint a new doctor, not including high-end specialties.

We are convinced that only with technology-fused healthcare, such as Internet of Things (IoT), telemedicine, robotics and Artificial Intelligence (AI), can we provide care to the growing number of Baby Boomers exiting the workforce.  The numbers strongly suggest that in the next 20 years, healthcare will be the main business in the developing world and in the U.S.; healthcare could easily rise to consume 25% of Gross Domestic Product (GDP) and even higher as we extend life expectancy, and optimistically, quality of life.