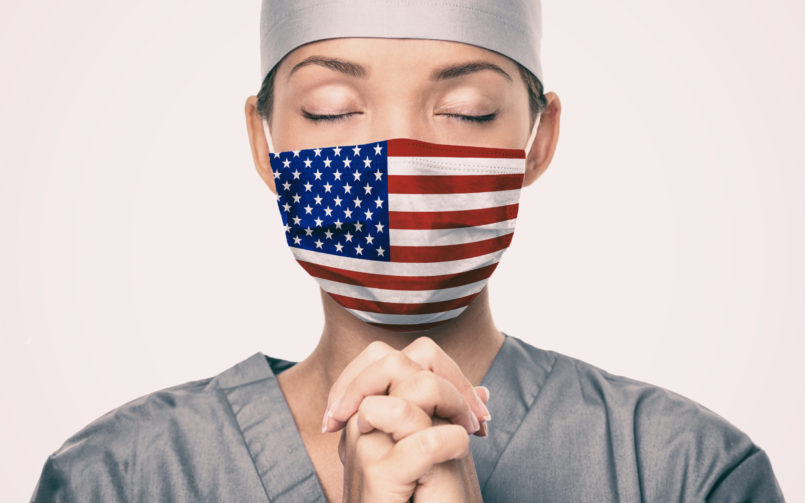 The United States of Healthcare(SM) (Part 10)

In our last blog, we commented on the challenges hospitals, both large and small, public and private, are facing as a result of the COVID-19 crisis.  The news on hospitals has been getting worse by the day.  While we see that changing, it most likely will not be this year.

Last week, we heard that the U.S. GDP had contracted 4.8% as of the end of April.  That is a huge drop in GDP in a period of just two months, even for a “normal recession,” if there is such a thing.  What was missed in the headlines, however, is economists have estimated that 47% of that drop was related to healthcare services.

We have been making the case with positive growth in numbers that healthcare is the single largest industry in the U.S. currently at about 18% of GDP.  However, even we are stunned by the impact on the nation’s economy that was due, in part, to the 47% drop in healthcare revenues.  In 30 years, we have never seen healthcare really contract.  I have even testified in depositions that healthcare is recession proof.  That was accurate until now, and we are 100% certain we will return to previous trend lines, if not supersede them in the next few years.  No one could have conceived that nearly all of healthcare (excluding COVID-19 and life and death emergencies) would be literally stopped in its tracks.

Hospitals account for about 33% of all healthcare expenditures and physician services are about another 20%.

If you close most hospitals to elective care, you are taking a huge part of $3.4 trillion offline, or about $1 trillion and placing it on hold.  Yes, we likely had hundreds of billions spent in the treatment of COVID-19 however, 80% or so was in big city hotspots on the east and west coasts with exceptions like Detroit and Chicago who have similar dense population areas.

Recently, CROWE reported[1] that “U.S. hospitals are losing $1.4 billion daily revenue, due to patient volume decline.”  The article noted that with the exemption of New York City and San Francisco, “…health systems across the United States experienced an average decline in patient volume of 56% between March 1, 2020 and April 15. 2020.”

Hospitals were not prepared for the huge surge in COVID-19 non-critical patients.  Some hospitals had very limited hospital experience except for the approximately 5,000 acute-care hospitals in the United States, which is a very large percentage of the total number of hospitals. We expect the rebound in healthcare will be back to near normal rather quickly; though as of the date of this blog, it has only just started.  As of last week, inpatient admissions were down 30%, emergency department visits were down 40% [a topic for another day and will contribute to increasing the no-COVID-19 mortality rates] and outpatient ancillary is down 62%.  Our home state of Florida, with one of the oldest populations in the United States, has seen a drop of 47% in hospital admissions.

We expect to see most hospitals re-open for non-emergency care and in-patient procedures are impossible to predict today or what the volumes will be.  How will hospitals prioritize procedures?  Will they open longer or have two shifts at the outpatient care?  How will they staff, and will all employees return at the same time?

For some hospitals, the impact is even more severe and that is because over the last decade hospitals have been acquiring medical practices at a historic rate.  From 2012 to 2018, hospital acquisitions of medical providers increased by 128% and today approximately 170,000 doctors are employed by hospitals.  In some regions, that percentage has grown to 300%.   Many believe that consolidation of medical practices by hospitals is increasing overall healthcare cost.  For a point of reference see U.S. healthcare cost increases from 1960 to 2018.

In our next blog, we will continue to talk about the overwhelming challenges and opportunities facing physicians in a post COVID-19 world.