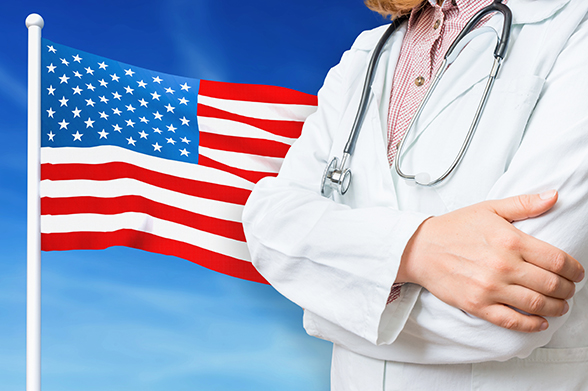 In our last blog, we broadly described what we think the healthcare agenda for President Biden is likely to look like. We purposely omitted discussing his nominee for Secretary of the Department of Health and Human Services (HHS), Mr. Xavier Becerra, currently the 33rd Attorney General of California, as we believe it is inappropriate to comment on a nominee until confirmed.

Let us begin by looking at the projected budget for HHS. The HHS budget for 2021, as approved in 2020 (excluding subsequent COVID-19 emergency appropriations), was US$1.4 trillion. Without a doubt, expenditures are the largest department in the United States government, and it consists of approximately 35% of the entire U.S. federal budget. By comparison, the Defense Department (all U.S. military) is only about half this size at $740 billion. Further, HHS influences direct expenditures are US$210 billion in additional costs, all paid by the individual states for their share of Medicaid & Medicare. So, this department and its secretary control approximately US$1.6 trillion of the U.S. healthcare expenditures.

Clearly, Secretary Becerra will have an enormous influence; therefore, it is important to get to know him, and just a little bit of what he has done in the past that may indicate his future actions, as they relate to the largest and most sensitive segment of the United States economy.

By his nomination and his actions, it is clear that Mr. Becerra is aligned with President Biden’s healthcare agenda. He is on record promoting the expansion of care to Americans, improving access, providing additional funding to physicians, and improving the quality of care to historically underserved communities.

We are particularly pleased to read that he proposes expanding additional slots for more graduate medical education, and whether or not allopathic or osteopathic is required for a medical doctor to complete their medical education. With the expected retirement of Baby Boomer doctors, we expect that thousands of new slots will need to be filled as soon as possible to meet the demand. He is also a fan of Federally Qualified Health Centers (FQHCs) that provide care to the most economically underserved, poor, and vulnerable communities in the country.

Mr. Becerra is also a supporter of the new open enrollment periods for the Affordable Care Act (ACA) marketplaces that is projected to open later this spring.

If appointed, Mr. Becerra will face unprecedented problems and challenges, even beyond the COVID-19 crisis that still occupies so much of our healthcare resources. In this post-COVID U.S. healthcare environment, the country will continue facing historic pressures on Medicare, Medicaid, and commercial insurance markets, all while trying to manage with what we predict will be a shortage of at least 100,000 providers over the next decade.

HHS is going to have to manage a slew of unprecedented problems that is currently keeping the behemoth of a healthcare system working. The U.S. healthcare industry is in desperate need of innovation. We all watched the near rocket-like growth in telemedicine during the pandemic lockdowns; however, despite the relief it brought for many patients, it was not enough.

We need to develop new environments where healthcare delivery is not just technology enabled, but also becomes more technology infused; this key component can provide patients with more and better care at a net reduction in both cost and utilization.

We are optimistic for the future of healthcare in the U.S. based on the actions Mr. Becerra took as Attorney General in California. What he deemed were monopolistic practices by large healthcare systems in his state, he challenged and corrected.

As a child of Mexican immigrants, whose father worked in construction, he should understand the needs of underserved communities. As a member of Congress representing California, he helped sponsor the Family Medical Leave Act (FMLA) that has proven to be so valuable to families during the pandemic.

We are optimistic by the leadership that nominee Becerra can provide at a historic and pivotal time for American healthcare.

More to come in our next blog.