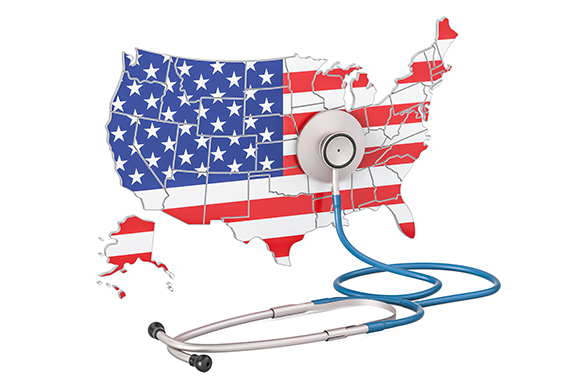 Over the last few years, this blog has focused on healthcare in the United States.  We have discussed an array of topics from new technologies and new systems to a much broader conversation regarding public health care policy.

The most powerful individual in the United States healthcare system is the Secretary of the Department of Health and Human Services (HHS).

HHS directly controls over US $1 trillion of American public healthcare payments, and it affects most of the rest of our nation’s healthcare costs, directly or indirectly, by setting base procedure codes and payment standards.  HHS also leads in medical education of new physicians in the United States.  From our perspective, the new Secretary of HHS, Xavier Becerra, is the most powerful person in the President’s Cabinet.  Without a doubt, he controls a bigger budget than any other U.S. department, including the Department of Defense which is our entire military; therefore, the Secretary’s experience and history is very important to the future of our nation’s healthcare and healthcare policy.

Secretary Becerra came from a very humble immigrant family.  He received an undergraduate degree in economics and a law degree from Stanford University.  Secretary Becerra was a frontline supporter of the Affordable Care Act (Obamacare), and during his time as Attorney General for the State of California, he defended it before the U.S. Supreme Court.  As Attorney General, he was also involved with a large healthcare consolidation system, price control and price transparency.

In California, he was a big supporter of oversight and has tried to influence billion-dollar mergers that impact the industry and the cost of care; that foundation will now have nationwide impact.  He focused on both the lack of transparency and the issue of “balanced billing” for out-of-network providers, particularly in hospital admissions and treatments.  We expect that not only past mergers may be reviewed, but also all proposed mergers will be substantially reviewed going forward.

As a Hispanic American, Secretary Becerra has expressed concern over access to healthcare and equity.  We expect CMS (Medicare), the largest division under HHS, to continue exploring new models of payments and building on initiatives created during the Obama administration of Accountable Care Organizations (ACOs), along with the Trump initiative of Direct Contracting by CMS with physicians (that goes into effect later this year) to continue under Secretary Becerra’s direction.

We believe that healthcare must significantly change as we witness 10,000 new baby boomers enter Medicare each day.  By 2030, Medicare must change, and we expect that change to accelerate, and in the next five years we anticipate experiencing a historic transformation.

This environment is growing more dire for individual and small medical practices.  Two major trendlines are evident.  First, it is very likely that 80% of Medicare and Medicaid beneficiaries will be in one form or another of “value-based care” versus the historical fee-for-service or episodic driven compensation.  Secondly, we expect that 80% of physicians by 2030 will be part of a larger, medium, or strategically significant business organization, whether a for-profit or not-for-profit group.

These organizations will be able to dedicate the resources in the matter of people, technology, and physical operations to allow physicians to provide better care more effectively and more efficiently.  This trend, that has been significant over the last 10 years, will soon be fully mainstream.

In the last decade, we have seen the promise of new technologies being deployed; however, not much has materialized to date providing improvement in reducing cost or improving quality. At a time where we are facing historic needs in more noteless physicians, many believe that the forced adoption of Electronic Health Records (EHRs) has significantly led to physician burn-out.

COVID-19 has accelerated telemedicine remote care and remote devices, making technology in healthcare still an incredible opportunity.  We expect this trend to accelerate in the coming years ahead, and we cannot do it by putting more burden on providers.

We believe that we are entering a rebirth of healthcare driven by two trends – technology and consumerization.  Fasten your seatbelts!