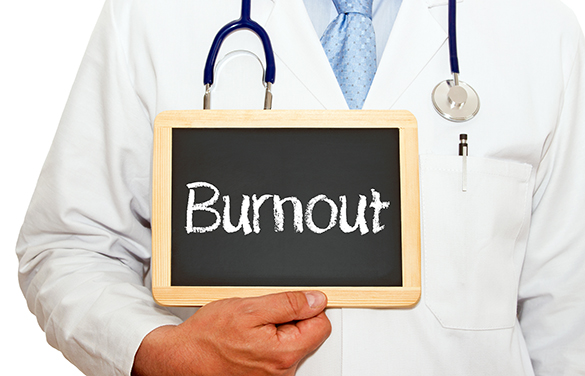 The 2020 pandemic hit the world, and the United States healthcare industry, harder than anything that anyone alive can remember – even the world wars have not impacted every nation on earth, nor put at risk every human on planet at the same time.

The crisis that U.S. physicians are now facing has been decades in the making. As noted in the title of this blog, this impact on the U.S. healthcare industry has been at least 20 years in the making; the problem and trajectory became inevitable, and the title seems warranted.

As Gray Rhino & Company Founder and CEO, Michelle Wucker, and author of the book, “Gray Rhino” might say ‘it’s big, it’s obvious, you can see it coming across the Savannah but you still neglect it.” The looming 20-year healthcare crisis was a “Gray Rhino,” a “highly probable, high impact, yet neglected event” – we saw it coming and yet it was ignored, until 2020.

The “threat” to physicians started with the emergence of the health maintenance organizations or HMOs in the 1980’s. This trend accelerated as healthcare costs increased year after year – sometimes over 10% per year. Employers turned to HMOs hoping to control their health insurance costs by using certain physicians as gate keepers or choke point in restricting care, in addition to negotiating group purchases and discounts.

The HMOs began restructuring provider panels making decisions about providing care and restricting networks while negotiating even larger group discounts. The providers were hit with expansion of Medicare Part D (prescription drug coverage) in the early 2000’s, under Bush ’43, that both expanded the Medicare beneficiary’s access to drug benefits. Medicare Part D also sought to materially control the escalating cost of Medicare for the future by capping the growth of Medicare based on expenditures and not utilization. In recent years, total healthcare reimbursement to physicians has been shrinking by 2% per year in the aggregate and as much as 6, 7 or 8% for certain procedures year-to-year.

Beginning in the early 2010’s, all providers have been faced with the Electronic Medical Record technology mandate and the continued forced expansion of this technology every two or three years. This has been responsible for creating higher costs, greater stress points, and even forced physicians to learn the changing systems for themselves, as well as their support staff. Further, over the last few years, we have seen the emergence of discounted or cash only prices now accessible to patients directly via the internet.

Physicians have also faced a consolidation of payers (the HMOs and insurance companies), while a consolidation in hospital systems, through the merger of actual hospitals in their region with the hospitals, have been acquiring physician practices. Both were often done as a “bundled service” arrangement; however, more importantly, it was a an “all or nothing proposition” with insurance companies.

Now, enter COVID-19.  Not only does the world nearly stop working, but also societal patterns changed and may never return to a pre-COVID “normal.”

Individuals have been forced to change their jobs and benefits which continues to put pressure on physician access or pricing. Physicians have had to lay off staff to reduce variable costs to partially offset the dramatic drop in patient encounters and reimbursements; yet the fixed cost of their operation has generally remained high.

As if this was not enough, physicians have also had to comply with more stringent EMR regulations that required updating of every single EMR in the country resulting in higher cost, plus staff and physician retraining, which was more non-billable time.

According to recent reports, patient visits to their provider have yet to return to pre-COVID levels, even when counting for the historical explosion of telemedicine in the United States. It is expected that the telemedicine activity will continue to contract from the pandemic high of as much as 80% of all patient encounters, through the “teens” today, to maybe as low as 10% of all encounters for the years to come. However, this is long-term good news, because it is five to seven times higher than the pre-COVID-19 levels.

The reality is that telemedicine has limited utilization for those in the most need of healthcare, and particularly the elderly population, as well as those that are beneficiaries of Medicare. It is also to note that even at the high utilization of telemedicine in the summer of 2020, telemedicine companies could not generate profits, and with the continuing competition, is unlikely for them to do that in the near future.

Physicians are and should be naturally concerned for the full return of their trained staff and the return to productivity levels that existed prior to COVID-19. We read almost daily of major U.S. corporations expecting less than 50% return to office in the next few years, and let us be frank, providers cannot not work or return to financial stability in under those circumstances. We also see that with a changing employment market and the possibility of remote work, we may see a contraction in available trained staff, as they leave the industry for what may appear to be a more attractive work environment – their home.

There is ample evidence that physicians were already facing burnout conditions, in part due to the pre-COVID stress as noted above. Sadly, we know that the physician suicide rate is DOUBLE the general population, and we know that physicians are materially contemplating leaving the industry that they trained for eight, and sometimes ten years. The adverse impact to the overall population’s health will likely be material.

Is Technology a Solution?

While we’re on this topic, it is usual to hear that Artificial Intelligence or AI will take over and save the day, leaving the need for less physicians. We are confident that AI is not ready and will likely not be ready for a decade or more to make a material impact on a global scale on patient care.

We are zealots about the opportunities of using technology in healthcare. We see some of the biggest opportunities for improving patient wellness lying in remote, or distant care, using networked IoT devices that connect the patient directly to the provider or care manager via the internet.

Yet, we also strongly believe that the need for physicians will increase substantially over the next decade as we not only see the graying of America, but also the graying of the entire developed world that will impact physical migration from developing to developed world countries. However, there are options, and we will discuss those in the next installment of this blog.