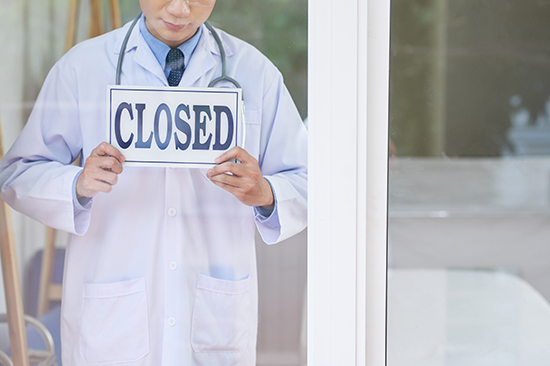 The American Medical Association (AMA) released a recent report that headlined, “Less Than Half of Physicians Work in a Private Practice”.  The report noted that in 2020 just 49% of physicians worked in private practice, down from 54% in 2018. That is huge movement in just two years! What we can theorize is that due to COVID-19, and the incredible financial shock, the trend can be expected to accelerate. The AMA also noted that there was dramatic increase in physicians working for large medical practices of over 50 doctors, increasing from 14.7% in 2018 to 17.2% in 2020.

Again, as we discussed in our previous blogs and podcasts, the trend has been growing since the 1990s. While there have been many mergers, there have also been many practice closures. In part, there is a huge wave of Baby Boomer doctors today ranging from 56 to 74 years of age. In our State of Florida, the average age of a physician is 56 years old.

Physicians have been hit hard by dropping reimbursements, increased in cost of doing business, including rents and personnel cost. The reality is, the model that worked from the 1960 to the 1980s does not work today. The cost to operate and bring in new business is just too high to spread out over one physician or even a small group of physicians.

Some of the interesting additional information in the AMA survey was that 50.2% of physicians were employees in 2020, versus 47.4% in 2018, and 41.8% in 2012. Further, only 44% of physicians had any interest of ownership in the business versus 45.9% in 2018. Another trend was that women and younger physicians were more likely to be employed.

There was some variety in the data with only 40 % of high-end specialists like surgeons and radiologists however, 58% of pediatricians and family medicine were employed.  One particular interest to note was that 4% of the 2,500 physicians surveyed worked for a company or group owned by Private Equity.

We strongly believe that the historical trends, plus the shock of COVID-19, will drive more physicians from the business and will push many more into hospital employment, join large group practices or sell their practices.

Noted in a separate, yet recent survey of a small sample-size of 400 physicians, 70% are “actively disengaging from their employer” and 25% are considering early retirement.

What does this all mean?

The trend is very concerning. For one, hospital-based physicians cost more the industry, some reports note the cost at or around 7% overall. Second, we think this trend will accelerate in more private equity, and numerous public companies will employ physicians, particularly to Medicare Advantage programs. We would expect that the number of private practice physicians will be less than 30% by 2030.

More to come in our next blog.