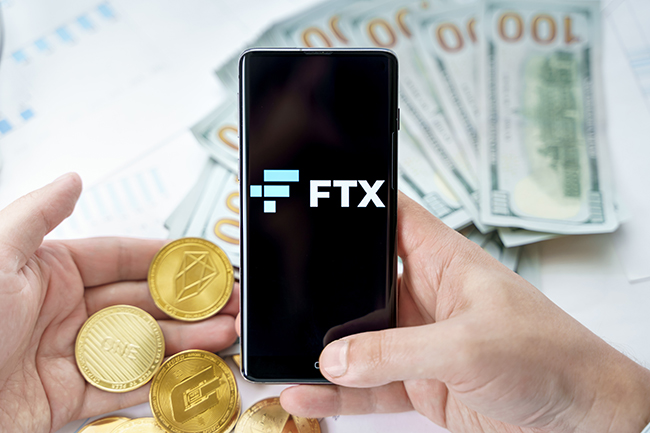 Breaking News: FTX Cryptocurrency Exchange implodes in less than 1O days, wiping out 100s of billions of dollars for an estimated 1 million stakeholders.

We have just witnessed the collapse of FTX[1], an international Cryptocurrency exchange, that until recently, was run by Sam Bankman-Fried (SBF) from a base in the Bahama’s.

We have seen the headlines everywhere[2] reminiscent of the implosion of Theranos. “FTX” and the news is overwhelming. In short, regulators and governments from all over the world are investigating over 100 companies affiliated with FTX for criminal violations. This is a massive investigation and enormous losses!

You may be wondering, why do we as a healthcare & technology company care about this? After all, this is more of a FinTech – Crypto-Digital Currency issue.

However, we care a great deal about this because the technology behind all cryptocurrencies is blockchain.  Much like the rails that trains run on, there can be many types of trains on any given rail system, but a rail system is not a train or vice versa. Blockchain is already having a positive and material impact in many areas including Supply Chain, FinTech (not cryptocurrency), and other segments of the economy where information is discretized and requires a secure, immutable, high-trust data collection, transmission, and storage. We believe that block chain, when properly applied, blockchain technology can have a measurable impact in certain segments of healthcare. We have focused on building an innovative Personal Health Record (PHR) in the blockchain that provides consumers a simple way to aggregate their fragmented medical records in one place and take authority and control over them. In our system, consumers will be able to even monetize their de-identified data, by receiving direct compensation – this is being done by many others with access to their medical records through EMR platforms, etc.

We were so excited with the award of our application that we filed with the US Patent and Trademark Office for a patent on our novel concept of what we are calling, Personal Wellness Blockchain Record® or PWBR®. **www.pwbr.io is designed to pay consumers for the value of their de-identified wellness data.

Let’s take a moment and clarify further what cryptocurrency is and why it is so loved and hated by people all over the world, as well as why our blockchain project is totally different from Cryptocurrency.

A cryptocurrency is a digital, encrypted, and decentralized medium of exchange. Unlike the U.S. Dollar or the Euro, there is no central authority that manages and maintains the value of a cryptocurrency. Instead, these tasks are broadly distributed among a cryptocurrency’s users via the internet.

You can use crypto to buy regular goods and services, although most people invest in cryptocurrencies as they would in other assets, like stocks or precious metals. While cryptocurrency is a novel and exciting asset class, purchasing it can be risky as you must take on a fair amount of research to understand how each system works fully.

Bitcoin was the first cryptocurrency, first outlined in principle by Satoshi Nakamoto in a 2008 paper titled “Bitcoin: A Peer-to-Peer Electronic Cash System.” Nakamoto described the project as “an electronic payment system based on cryptographic proof instead of trust.”

That cryptographic proof comes in the form of transactions that are verified and recorded on a blockchain.

In short, Cryptocurrencies are generally a segment of computer codes generally created out of thin air, or ‘ether’ as we used to say, and has no backing of any kind – it is not tied to any tangible asset. The original concept was that it would be a way to store wealth, but the dramatic moves up and down have proven that theory wrong – obviously! It has also been presented as a form of Digital Gold; however, that theory has also failed as it is very unstable.  It has no application in jewelry or industrial use and it NOT a reserve currency hoarded by central banks across the world. The famous investor Warren Buffet called bitcoin a “worthless delusion” and “rat poison squared.”

However, the underlying technology of the blockchain is what we believe will, in time, impact every industry that uses technology. MIT [4]explains blockchain this way.

What is a blockchain?

Blockchain is a term widely used to represent an entire new suite of technologies. There is substantial confusion around its definition because the technology is early-stage, and can be implemented in many ways depending on the objective.

“At a high level, blockchain technology allows a network of computers to agree at regular intervals on the true state of a distributed ledger,” says MIT Sloan assistant professor Christian Catalini, an expert in blockchain technologies and cryptocurrency. “Such ledgers can contain different types of shared data, such as transaction records, attributes of transactions, credentials, or other pieces of information. The ledger is often secured through a clever mix of cryptography and game theory, and does not require trusted nodes like traditional networks. This is what allows bitcoin to transfer value across the globe without resorting to traditional intermediaries such as banks.”

On a blockchain, transactions are recorded chronologically, forming an immutable chain, and can be more or less private or anonymous depending on how the technology is implemented. The ledger is distributed across many participants in the network — it doesn’t exist in one place. Instead, copies exist and are simultaneously updated with every fully participating node in the ecosystem. A block could represent transactions and data of many types — currency, digital rights, intellectual property, identity, or property titles, to name a few.

“The technology is particularly useful when you combine a distributed ledger together with a cryptotoken,” Catalini says. “Suddenly you can bootstrap an entire network that can achieve internet-level consensus about the state and authenticity of a block’s contents in a decentralized way. Every node that participates in the network can verify the true state of the ledger and transact on it at a very low cost. This is one step away from a distributed marketplace, and will enable new types of digital platforms.”

We describe our PWBR platform as a blockchain-enabled Personal Health Record (PHR) platform utilizing a U.S. government, Certified “Gold Standard”, Electronic Health Record (EHR) – a foundation for design and functionality, as the “Distributed Ledger” application for consumers nationally and internationally.  The blockchain/distributed ledger provides encryption technology that immutably protects the data from intrusion or unauthorized change and provides a proven “compliance/audit tracking” module ensuring smart contracts are fulfilled, and all parties properly compensated.

PWBR is both a public and private blockchain; public for access to both a segment of the data that is de-identified and accessible only through SMART contracts between the end-user (pharmaceutical companies, bioscience research institutes, university medical research groups, etc.) and PWBR on behalf of the PHR content owner, the Consumer/Patient. The private blockchain will be for the Consumer/Patient and anyone such as their Primary Care Physician or healthcare provider that they determine should have access to their full medical records. Both the public and private blockchains will be accessed via separate 256 kb encryption algorithms assuring the highest data security presently available.

We know of no other platform, app or program that is designed or intended to work in this novel and patented manner. We are not capable of defending Cryptocurrency as a class; however, we are confident that the blockchain technology is here to stay and has very interesting applications in healthcare.