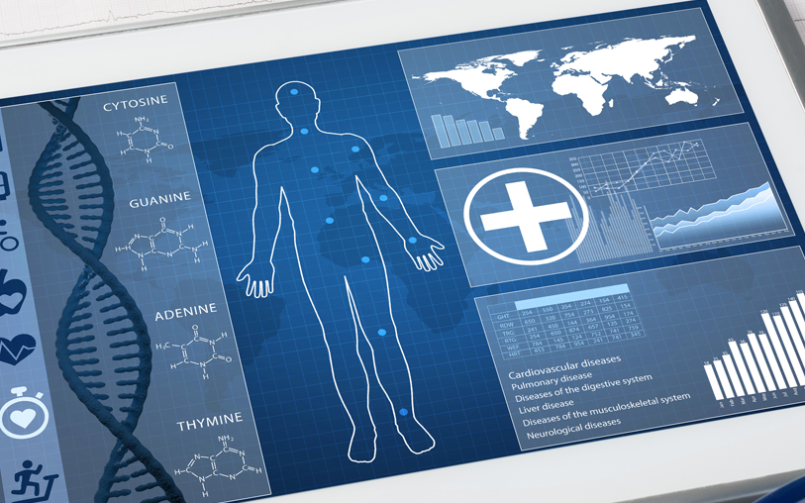 Today we are going to recognize something that has been apparent to anyone who reads this modest blog. In the last 3 blogs I admitted that my favorite subjects are healthcare, technology and demographics, with a not so small dose of economics. To me, they are hugely influential, and in my world, they are interconnected.

An industry that is as large as healthcare has its own economic dynamics, and like a Red Giant star, it seemingly affects everything around it. Previously mentioned, I once read that in the mid-2000s General Motors was spending more money on healthcare than in the cost of steel in its cars (allocation per car). Economics and healthcare have been linked.

In addition to economics, it’s clear that demographics are also important with an estimated 10,000 Baby Boomers (Boomers) turning 70 EVERY DAY in the U.S. alone over the next few decades. The other side of the Boomer demographic has to do with the children and grandchildren of the Boomers and how they are changing everything across every industry, including healthcare and technology. Millennials are going to change the world they inherited differently, but as significantly, as their parents and grandparents did. We are also driven to find a way to make healthcare better, more responsive and more efficient, using technology.

So going forward, we are officially going to try to expand this blog to address those topics, as best as we can, in two sections. One on healthcare and technology. The other more broad, to include demographics and economics of all. At times they may be all bundled together. Let us see how this works. If you need a preamble, go back and read the last 3 blogs.

I’ll begin with Healthcare Technology and weave in a few points of demographics and economics as they come up!

For the statisticians reading this, The Center For Medicare and Medicaid (CMS) actuaries and economists report on the “National Health Spending” and the recent report was for 2014 . Nearly around the same time, we also get “National Health Expenditure Projections 2014-2024” . I will not attempt to distill this information because I cannot do them justice, as a book could be written on the combination looking back to 2008 and looking forward to 2024.

CMS reports that U.S. Healthcare spending increased 5.3% to $3.0 trillion (USD) in 2014. On a per capita basis that is roughly $9,523 per American. You wish to put that in some perspective? China’s GDP per capita in U.S. dollars was $3,865 per Chinese citizen. One of the interesting facts from the period of 2009 to 2013 was healthcare expenditures had been at, or below, 4% annually. Some rather uninformed people had tried to attribute that to government actions, in particular, the Affordable Care Act of 2010 (ACA). For those who really get healthcare, knew that was not possible, as the ACA certainly did not even make the attempt to control cost.

I think the better economic answer is, because of the significant economic downturn, in some cases referred to as the “Great Recession,” many Americans were going without or delaying healthcare expenditures. I am personally convinced that the latter is the case, and not only have we returned to “above 4%” growth, I think it will get much worse.

Major ACA insurance providers like Aetna and UnitedHeatlhcare have reported or announced major losses related to policies associated with the ACA. The Wall Street Journal reported on February 2, 2016 that Aetna expected “negative margins of 3 to 4%” and that the company “aimed to break-even in 2016.” The CEO of Aetna was reported as saying that he had “serious concerns about the sustainability of public exchanges.” Going forward, I believe we can expect healthcare expenditures to return to a more traditional trendline. Based on projections, the CMS actuaries expect healthcare costs to increase between 5.3% and 6.2% and for total healthcare portion of Gross Domestic Product to increase from 17.4% in 2014 to 19.6 percent in 2014.

Today nearly every healthcare system in the world is coming to recognize the potential of digital health records. Over the past decade, there have been huge investments in the U.S., and a few developed economies. In some countries, a great deal has been expended, and very little has been realized. In the United Kingdom, a large complex digitization project was even canceled after £11 billion (GBP) was invested. The problem, in our opinion, is that such projects are too complex and do not incrementally grow. The problem is further exacerbated when you start with, or try to integrate, legacy data. It seems that based upon these experiences the implementation timelines should be extended. For instance, was it reasonable to create the U.S. national road system, when the cars were mostly coming from Detroit in the early 1900s?

Also at the same time the healthcare industry is advancing slowly and consumer interconnections are as fast and as deep a neurons connect in the human brain. The gap between what healthcare industries is doing with technology, and what consumers have, has never been wider. Think about it; in the 60s most healthcare systems were paper, and computers were exceptionally rare. Hospitals and doctors used typewriters and carbon paper. That was the same system used in other industries, and even used by the consumer!

Today every U.S. consumer, and most consumers in the developed world, over the age of 10 are connected to a super powerful cell phone or tablet and in is the worldwide cloud nearly every day, if not every hour. Consumers are increasingly wondering why they can’t “connect to the healthcare industry” on their devices? Have you noticed most 2016 cars are smart cars, and you can in some cases start your car with an application on your phone?

I have been asked if the HITECH ACT and the $37 billion investment in transition to electronic medical records were the main driver of Healthcare IT investments. To which I reply, “I surely hope not!”

The mission to digitize healthcare started in the mid-1960s, and has picked up momentum because of the following events: the near obsession of the consumer with connectivity, and the unlimited scale and access the cloud provides, and finally, the economic incentives and penalties to the healthcare industry. My personal interest has always been in using technology to provide better overall care by both increasing connectivity and reducing redundancy, achieving also the benefit of lower cost of care.