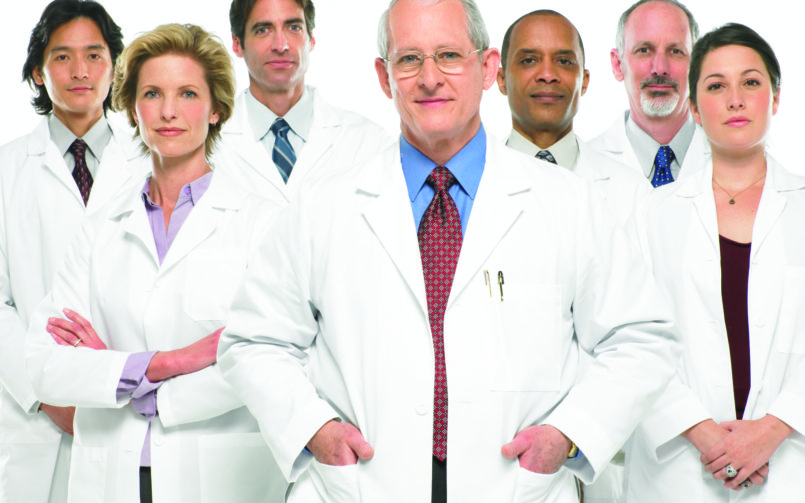 The media recently announced at least two proposed mega-mergers by large insurance companies however, no offer has been accepted at this time. Cigna Corporation had received an offer from Anthem, Inc. for, at the last count, $47.5 billion (USD). Aetna, Inc. is also reportedly close to tendering an offer to buy Humana, Inc. Additionally, there is talk on the Street that UnitedHealth Group, Inc. made a takeover approach to Aetna. If completed, I believe the first two deal deals would have a direct impact on patients, providers and maybe even hospitals. This entire market sector is hot and rallying as of this past Thursday following the Supreme Court’s decision to uphold the Affordable Care Act (ACA) subsidies.

More on the ACA and “ObamaCare” next week.

If the four companies noted above consolidate, we could see the top five national insurers reduced to the top three. Clearly, this consolidation is likely to cause problems in the Medicare Advantage Program (MAP) in many communities across the country. I actually have great interest in Humana as I think they are an amazing provider of care to the South Florida MAP beneficiaries. My father was a Humana client and I recommend it freely here. They seem to have a great connection to the diversified South Florida Community, and they have done very well financially. Their public stock on NYSE has gone from around $50 USD to $200 USD just in five years. It looks like Humana and Aetna have serious overlap in as many as 100 communities.

It is clear that there could be material operating efficiencies in these three proposed mergers; and, with a couple of decades of actual operating experience working and interfacing with insurance operations, I have zero doubt this would be the case. Hospitals have been merging aggressively over the last several years as well as, buying a large number of medical providers that provides the hospital with control of referral patterns and the option of setting up accountable care organizations. I am not convinced the hospital consolidation has been good, especially in states that require long approval for the building of new more efficient hospitals using the “Certificate of Need” process.

What I have had hoped for was that this hospital and physician combination would provide much needed improvement in the customer experience, and enhance the patient care and wellness. Helping this process would be the use of proper technology however, this has not materialized quite yet. This trend does help hospitals in negotiating both geographically and patient number dominant forces with payers (insurance companies). There is also the belief that larger hospitals with captive providers can increase cost and reduce competition because they “own” such a large piece of the patient and provider landscape. Now, with bigger and fewer insurance companies, the power may shift back to payers. Sadly, in most cases, it looks like this is to be a battle of giants and the small or even mid-size medical providers are left on a more dangerous and uncertain ground.

I suspect that there is going to be a great deal of federal review on any of these (or future mergers) via the Sherman Anti-Trust Act. My real concern though is for struggling providers who lack the size and infrastructure to stay abreast of regulations, mandates and changes in payment, technology and systems. There is no argument that we need great hospitals as well as, well-run payers; however, at the end of the day, these are institutions and those that actually treat the patients are severely under represented. We have divided the patient’s dollar into as many pieces as we can imagine and quality of patient care continues to go downward as cost of healthcare increases.

It also appears that the American Medical Association (AMA) is also concerned about this potential consolidation in the payer marketplace. The AMA recently reported that a single health insurer already has at least a 50% share of the commercial health insurance market in 40% of the top metropolitan markets of the USA.

In the ‘90s we saw the emergence of major Physician Practice Management (PPM) companies; unfortunately though, most did not survive because the time was not right then. Some PPM’s converted to Managed Care providers to survive; however, I have began to wonder if we are not at the right place and time for a re-emergence of the PPM.

Long term, I believe we will see consolidation in the payer and provider market as they both search for the sweet spot on the diminishing returns curve in hopes to maximize their ROI and shareholder value. While I support this as a Free Market Capitalist and CEO of a Healthcare IT company, I must caution that the search for corporate profit and shareholder interest must never take the place of a proper balance between patient quality of care and provider “wellness.” I am concerned that the physician is totally outgunned in this environment. As we have seen in many historical cases, size itself in operations or patient care, are not always an answer to efficiency in healthcare. As it continues to press through the adjustments to the Affordable Care Act, the re-deployment of the Physician Management Companies may be the right solution to ensure the stability of the healthcare industry.

See  http://www.cnbc.com/id/102764391, for more information on this proposed acquisition or merger.

Full disclosure- I have a particular fondness for Humana, Inc., and I have been fortunate to have had a good relationship with them on and off for nearly 20 years. This fondness is also due in part because Humana acquired a company I founded in 1996 and took public in 1997, Metropolitan Health Networks, Inc., in 2012. Of course besides an affinity for a company that has embraced one of my “creations” I have great respect for the many people I know at Humana offices in Miramar, Florida.